2 things that have always overwhelmed me as an #Autism parent -

I’m looking forward to this week for 1 big reason

2 things that have always overwhelmed me as an #Autism parent

There are so many things about being an Autism parent that can be overwhelming. Everyone’s list is likely to be different but I bet there are at least a few overlaps.

I thought I would share two of the most overwhelming aspects of being an Autism parent for me.

For me, and I’ve said this a million times before, sensory processing challenges are easily one of the most overwhelming aspects of being an Autism parent. Sensory processing disorder impacts my kids in different ways. Generally speaking, SPD makes it incredibly difficult to feed, clothe, and even take my kids anywhere. 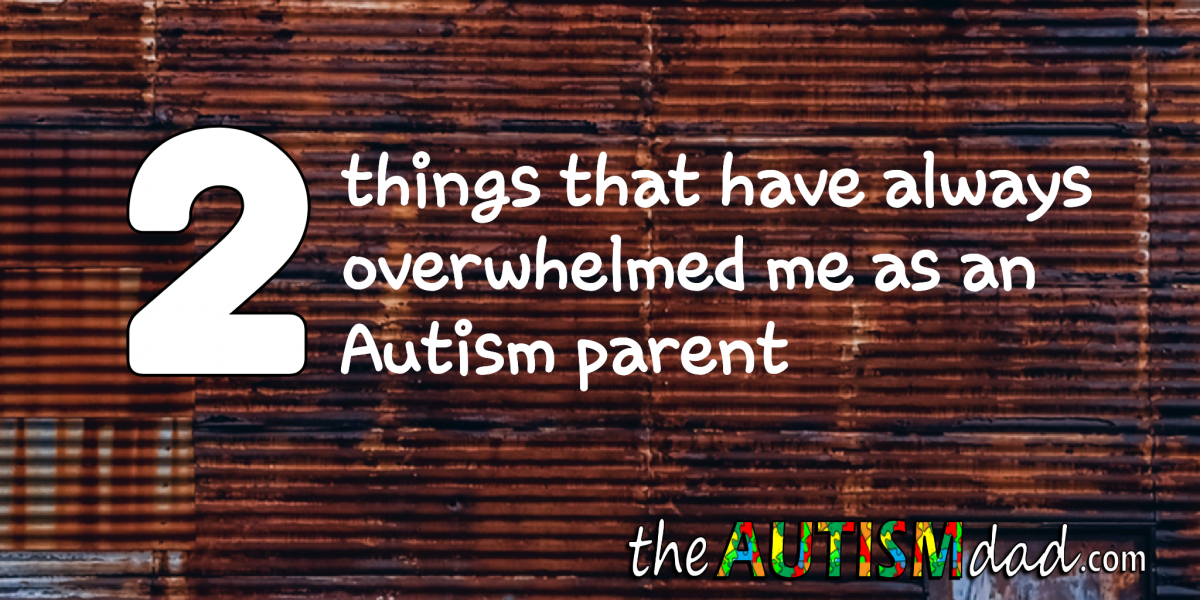 They are very easily overwhelmed by sensory input. Things like taste, smell, sound, touch, and sight can often lead to overstimulation. This leads to the inevitable meltdown. It’s not their fault but it’s incredibly overwhelming to me nonetheless because it’s nearly impossible to avoid.

The second thing that has always overwhelmed me as an Autism parent is trying to get others to understand.

Being an Autism parent is something that isn’t easily understood by those without first hand experience. It’s very difficult to get people to understand what Autism is and exactly how much it requires of me as a person, a parent and a human being.

People tend to make snap judgments about my kids based on their behaviors or me as a parent, based on about a million things that are outside of my control.

Helping people better understand is the core mission of this blog but oftentimes, it feels like an exercise in futility.

Do you agree with what I said above or has your experience been different? What do you find overwhelming about being an Autism parent?