After dinner last night, I took the family to get Frosties at Wendy’s. The boys had coupons for free Frosties that they earned at school and it just seemed like a nice end to the day.

On the way home, I had to stop the car as I was turning onto our street because there was a huge street brawl and no one would get out of the way.  We were forced to sit there and end up being surrounded by close to 20 people screaming, cursing and threatening each other.

Some of these people had weapons as well. 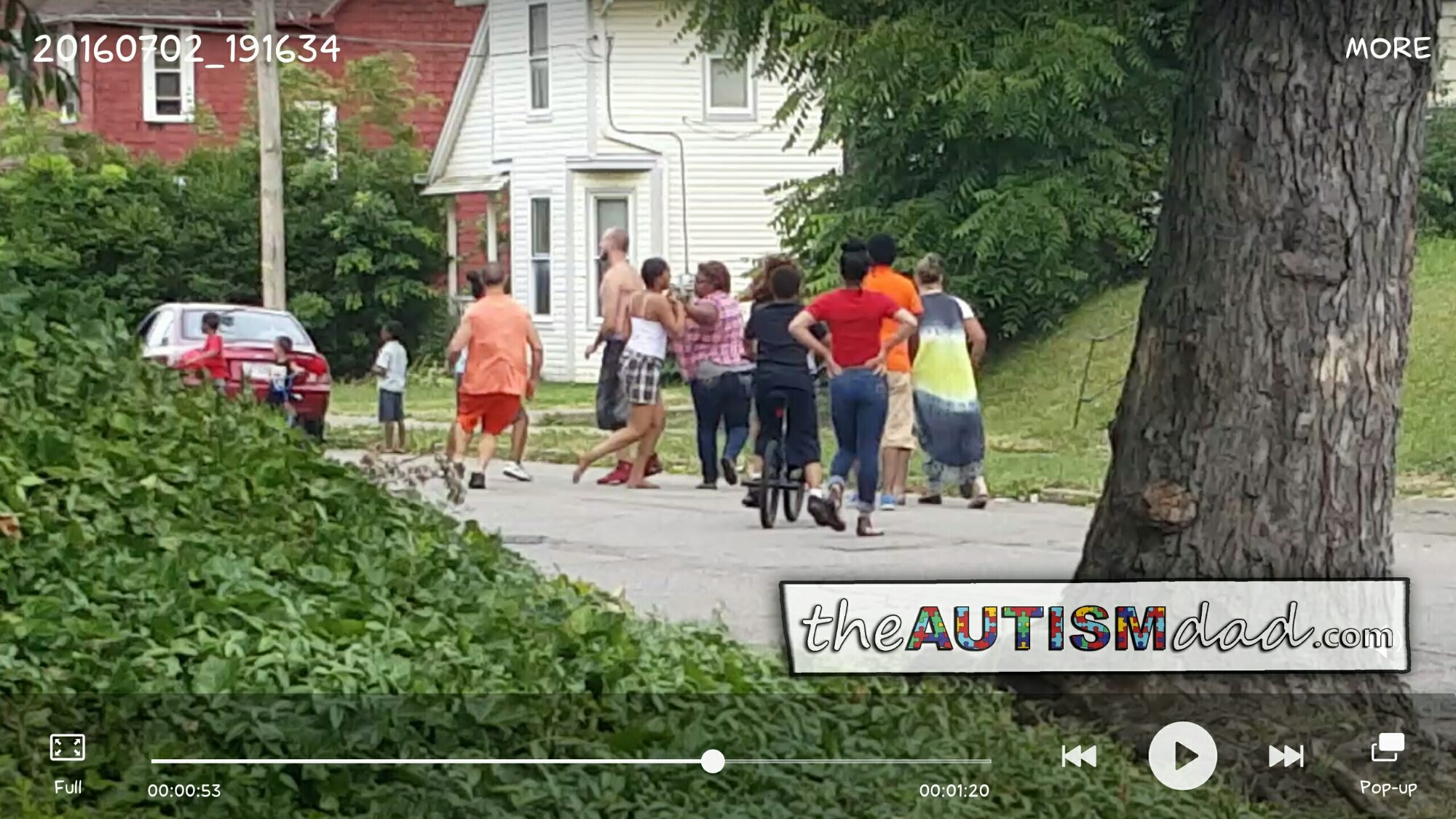 I saw a baseball bat, a 2×4 and large sticks in the hands of these people.  It was crazy and scary but we eventually were able to make it through the crowd and park in front of our house.

I immediately called 911 and went to make sure my neighbor was okay because their car was stopped on the corner. Turned out that they had been stopped by the mob as well and we’re documenting the fight for the police.

I grabbed about 90 seconds of the mob before the police showed up.

Moments after I stopped recording, one of the woman assaulted one of the police officers and was immediately arrested and put in the back of a car.

As a neighborhood, we are so fed up with people who don’t care.  We’re fed up with fighting, drugs, prostitution and these kids that wander the streets being destructive and violent, all hours of the day and night.

When this fight began, it started one house down from me and the screaming could be heard from a much greater distance away.

This is really sad but I wanted to show you why it’s so hard to spend any time outside in our neighborhood.  This shit happens frequently and you never know what’s going to happen.

Thankfully the boys were easily distracted with TV and so I don’t think they were too impacted by what we had to drive through.

The following video contains some colorful language and was taken after the mob had moved farther away.

On a side note, the police removed weapons from kids as young as 4 years old…  So sad and so scary. 🙁