Late this afternoon, I was sitting on my bed writing while the boys were watching the new Danger Mouse on Netflix. Suddenly, I heard a very loud pop, pop, pop, pop, pop.

I looked out the window and but didn’t see anything.

I went downstairs to check on the boys and they were still wrapped up in their show.  I stepped onto the porch and 6 of my neighbors were outside as well.  They identified the location of the shooter, in the alley across the street.

Before walking outside, I was already on the phone with 911 and the police pulled up as I was being transferred to Canton City Police.

The cops searched around for some time but the shooter was already gone.  We don’t know who it was but it was close enough that you could smell the gun powder.

I’m so tired of this neighborhood but we have no recourse right now.  There’s simply no way to move, at least for now.

On the positive side, no one seems to have been hurt but this was the closest we’ve had gunshots to the house since the drive by a few years back.

This was pretty scarey but like I said, it doesn’t seem like anyone was hurt and that’s something to be thankful for. 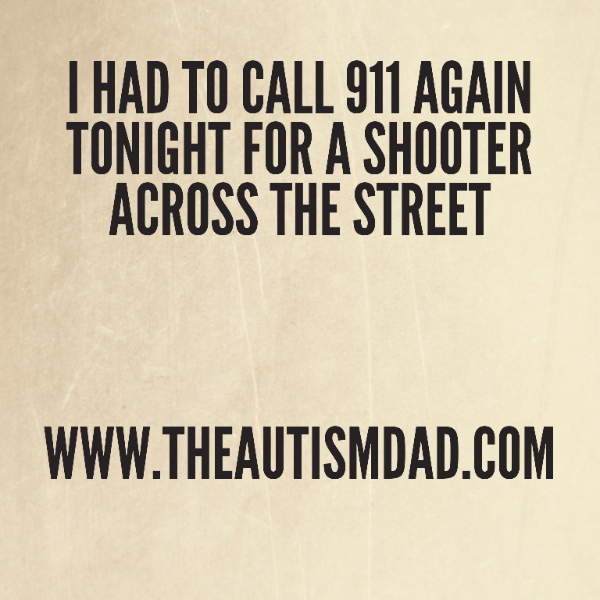