We have a very serious decision to make -

We made some awesome progress today

We have a very serious decision to make


I heard back from Gavin’s psychiatrist today and we have a very, very difficult decision to make, in regards to Gavin’s current psychotic break.

Dr. Reynolds explained that we can increase Gavin’s Clozapine dose back up to 800mg a day, if we feel he’s that bad or that far gone.  He’s currently on 600mg/day right now because when we had to start over the last time, we stopped when we reached 600mg/day.

It seemed to be working at the lower dose and because the danger inherent to this medication, if it worked at the lower dose, we were better off stopping there.  Bumping him up to 800mg/day would put him back where he was before we started over.

We had to get special approval to have him in the 800mg/day because that’s way over the allowed dosage for someone his age and weight. Permission was given because of the uniqueness and disparity of Gavin’s situation.  This approval is only good for 12 months at a time and then we have to gain approval once again.

There are some major drawbacks to making the change though and we need to be very careful how we proceed.

If we move forward with this, Gavin will be required to have blood work done weekly. This will go on for a minimum of 6 months. There are also other tests that he will have to undergo as well.

Worst case scenario is that he has a serious reaction to the increased dose.  His current dosage is already the potential cause of his bladder control issues and increasing the dose could make that much worse. These and other side effects can be permanent as well.

The best case scenario is that it works with minimal side effects.

Unfortunately, the only way to know any of this for sure is to bump him back up to 800mg/day. 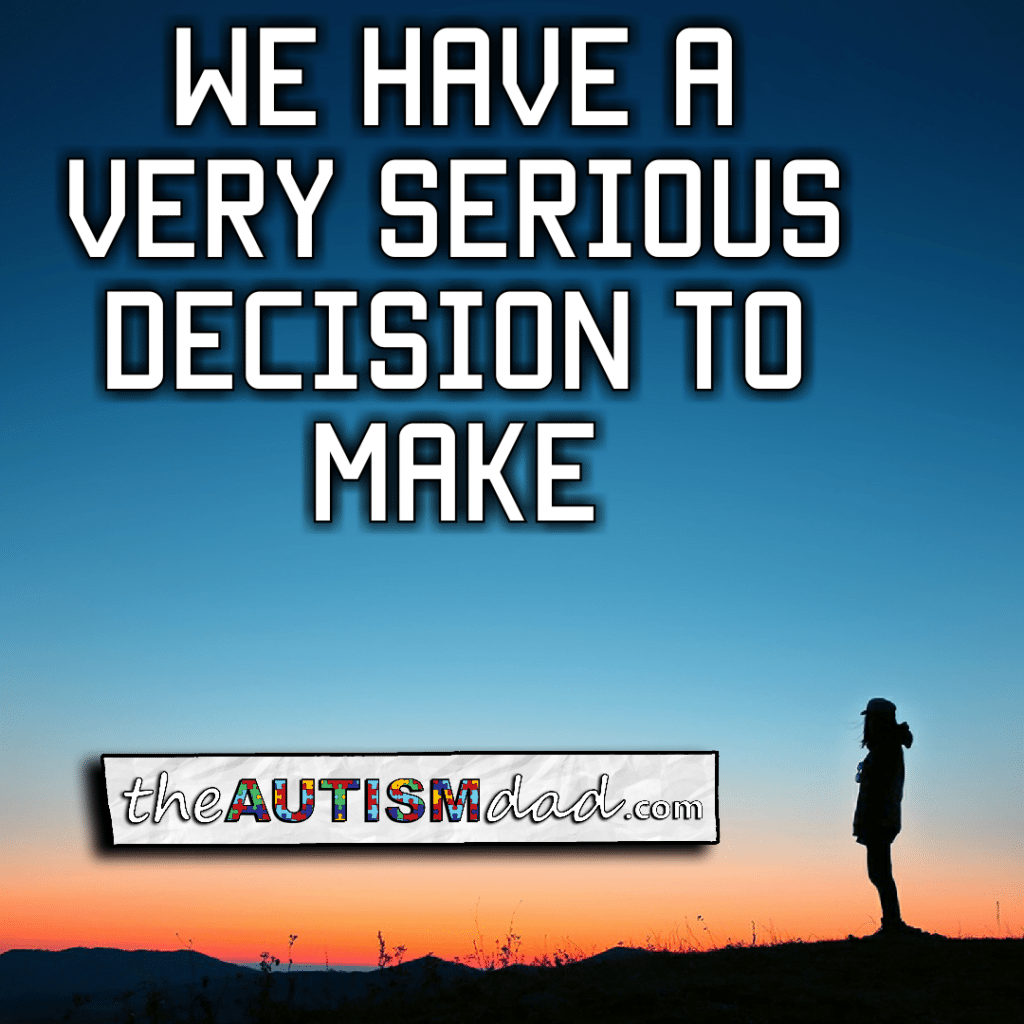 We haven’t made a decision yet because this is a big decision with very really and serious potential side effects.  I don’t know what to do and I’m really struggling with this.  Lizze and I are going to speak with Dr. Pattie tonight and see what she thinks.  If she thinks his condition is serious enough that it warrants the risk, than we will have to seriously consider it.

She may also say that he’s not hurting himself or anyone else and so rather than take the risk, let’s just let this go for now and keep a close eye on him.

Either way, we have a great deal to think about in the next day or so.  Making this kind of decision is unfortunately, part of being a special needs parent.  It goes well beyond the normal kinds of decisions that don’t have serious consequences because this could be potentially life threatening.  Clozapine is serious, serious medication and there’s a reason it’s the most tightly controlled medication in the United States, as well as being banned in most countries around the world.

At the same time, it’s the only somewhat working antipsychotic left and it has vastly imported his life.

I honestly get sick to my stomach just thinking about this….