Gavin's had a really rough day -

It took four generations working together but we finally succeeded

The last three days have been chaotic and stressful

Gavin’s had a really rough day


Gavin’s had a tough day and probably not for the reasons you’re thinking.

Behaviorally, Gavin’s been an angel for the most part and we couldn’t ask for more.  Unfortunately, the things that have been a problem today are more health related.

Gavin’s had stomach aches, on and off all day long.  There’s nothing that seems to be an obvious cause but he was definitely hurting.

About mid-afternoon, we went to visit my Grandmother.  She lives about 90 minutes away and at the time, Gavin was doing fine.  He was excited about going and said that he felt fine.  If he hadn’t, I wouldn’t have suggested making the trip. 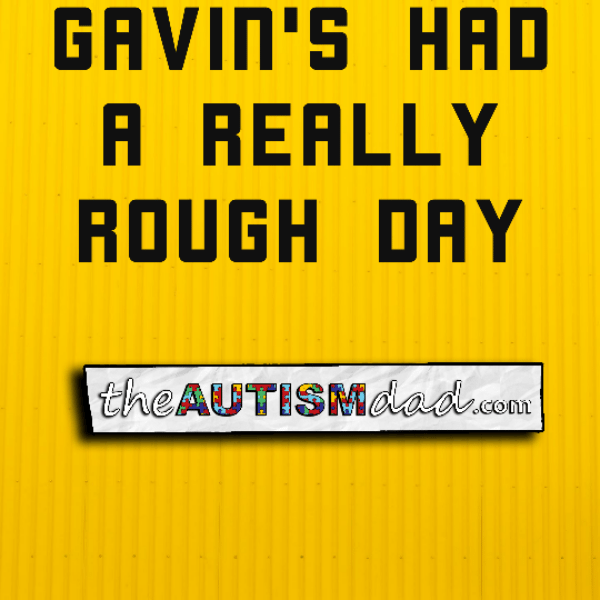 A few minutes before we left, Gavin approached me like he was a secret agent and sought permission for his friends to come along for the ride.  In particular, he wanted someone name Taka to join us on our trip.  She’s apparently, the friend of Sonics that was dying last week and needed Gavin’s help.

I told him that it was fine if it made him happy.

About 15 minutes into the trip, Gavin began doing the potty dance in the backseat. I thought it was a bladder thing again but he didn’t have to go to the bathroom.

This was a really weird problem but it’s not the first time it’s happened in recent weeks.

Basically, the lower half of his body began sweating and did so through his jeans.  It was to the point that his jeans were damp. Just so we’re clear, this wasn’t a bladder thing or an accident if you get my drift.

This was just sweat.

Who cares right? Well, the reason this is a potential problem is that A) it totally freaks him out and B) he’s not normally physically capable of sweating.

Gavin’s had extensive testing done at the Cleveland Clinic and he’s physically incapable of sweating.  The only time he’s ever been known to sweat, was when he was in an autonomic crisis.

While it was hot outside, Gavin’s always cold and the air was on in the car, so he wasn’t overheating.  He also didn’t appear to be in what would historically appear to be an autonomic crisis either.

This was pretty weird.  I suggested turning around and going home but Gavin insisted on going to see his Great Grandmother.

Whatever this was, passed after a bit and he was fine for the rest of the trip there.

He seemed to do okay while we were visiting as well however, on the way home, he began to get sick again.  I don’t know if he was actually nauseous or if he was in pain because he struggles with explaining things like this.

When we did arrive home, he got something for his tummy and went to his room and crashed in his giant beanbag until feeling better.

I’m not sure what exactly to make of any of this but I’m going to call his specialist in the morning and let them know what is going on.  Maybe it’s nothing  but maybe it’s something.

Either way, it’s way better to error on the side of caution…