Gavin has major testing today at the @ClevelandClinic


Gavin is my 19-year-old Autistic son. While he’s 19 years old on the outside, he’s about 5 or 6 years old on the inside. This presents many challenges for him, many I talk about on this blog.

One of the significant challenges for Gavin is pretty much anything to do with emotion. He’s always struggled with emotion, which isn’t uncommon for people on the Autism Spectrum.

Gavin has never been able to express himself easily, and that has led to frustration on his part but also our part as well.

Autism is a complicated and misunderstood human condition. In Gavin’s case, he also has schizophrenia as well and that further complicates things. He’s often out of touch with reality and off fighting battles in another Universe where he’s a superhero. Gavin suffers from several life-threatening health conditions, some of which require painful treatment twice a week.

Gavin is someone who never complains and never gives up. He’s always trying to help and is just a happy person by nature.

I thought it was essential to give you a bit of background because you’ll need it to put what I’m about to share into context.

My Grandmother just turned 94 years old. She’s the last remaining Grandparent I have, after losing my maternal Grandfather in January of this year. 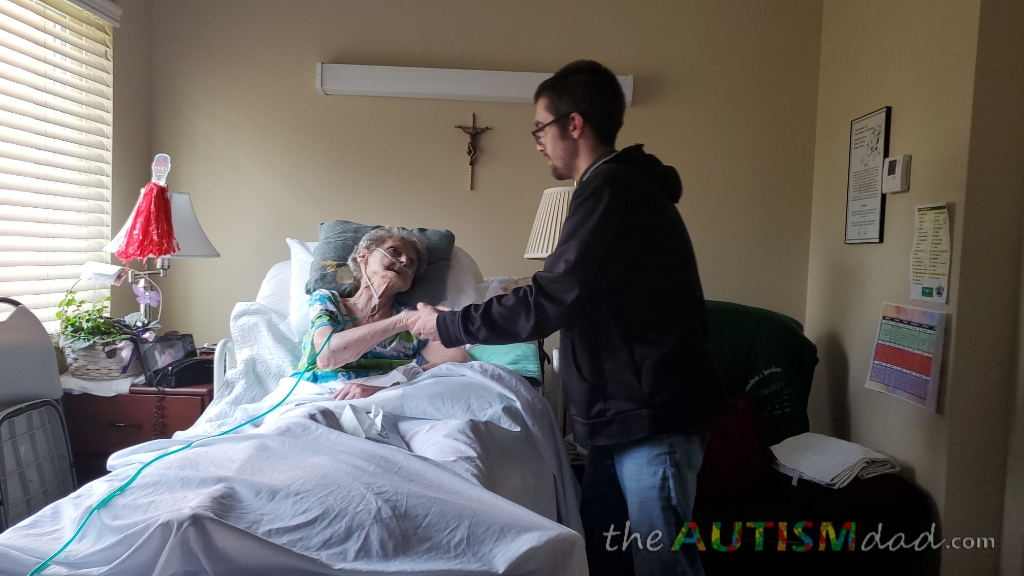 My paternal Grandmother moved into a local nursing home after it became clear that it was absolutely necessary. It was a very difficult, painful process, and it took her time to adjust. She previously lived out of town and having her local means we get to spend much more time with her.

Unfortunately, she’s recently been moved into hospice care as she is declining. It’s heartbreaking, and it brings me to tears just writing those words.

My wife and I decided that because of her decline, it would be best for our kids have as much time with her as they can, while she was still doing as well as she is. All three of our kids are Autistic, and managing a situation like this with them is very difficult. Losing a loved one is difficult for any child, but a child with Autism faces many challenges that make dealing with the loss of a loved one incredibly tough to navigate.

Gavin has a long history of making very, very inappropriate or ill-timed statements, and we were a bit nervous about what he would say. 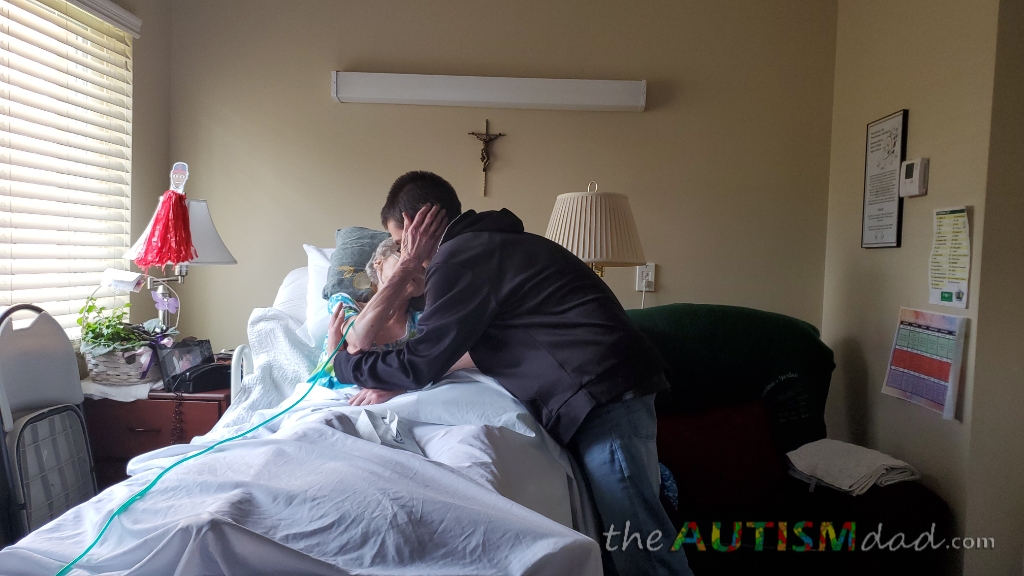 Elliott was uncomfortable coming in, and some stayed in the car with his grandparents, while Emmett and Gavin made their way to the room.

This was a beautiful one to share, thank you. As a mother to a young son who’s likely on the spectrum, may I ask you how is it that it appears people on the spectrum seem to struggle with emotions but yet so many seem to express themselves so eloquently / reflectively on paper? My son is high functioning but really struggles with emotional regulation. He is able to write but prefers to write factually. Talking to him about his day or about his feelings is like pulling teeth, however of course he can go a mile a minute if conversation revolves around his topic of interest… thanks for the insight.

Again, everyone approved of sharing this, including my grandmother. It was something that we thought was pretty amazing. No one was exploited for clicks and it’s pretty awful that you would even suggest that.

As I said. The family approved it, including my Grandma.

Thank you Cindy. This was a very powerful moment for both of them. ♥