The boys are out of control today.  It’s like every single one of their proclivities are in full affect. I’d swear it was a full moon and I don’t even know if I believe that the Moon can impact people in that manner.

Gavin is off fighting a battle in another Universe and he seems to have been victorious because he was super excited to share that he had successfully removed the device from within Social.  Eggman and Zurg had planted this device in Sonic when they had him as a prisoner. Anyway, it’s taken weeks for Gavin to figure out how to remove this device without killing Sonic.  Thankfully, he was able to remove it using the sacred song of the Gods of Mobious. 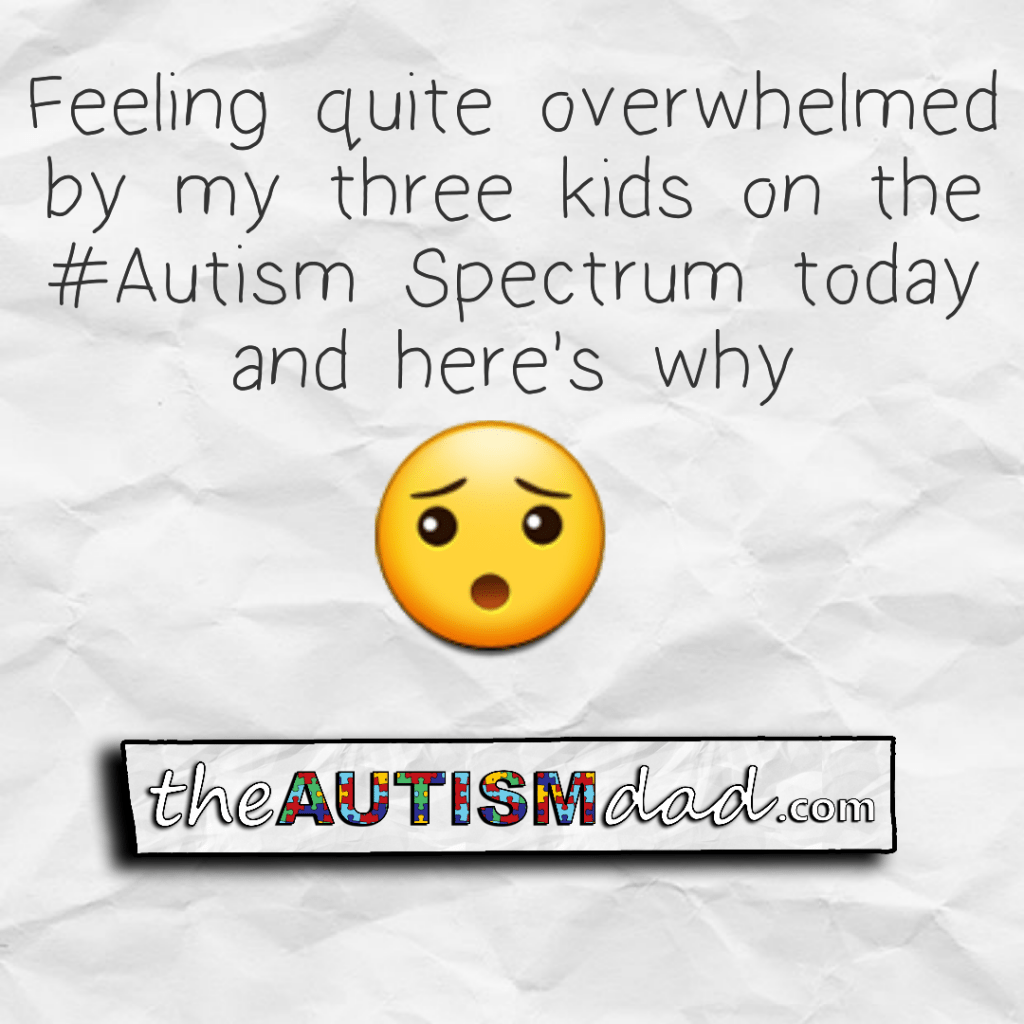 If you are asking yourself just what the fuck that means, you’re not alone.  I haven’t a clue and frankly, I’m overwhelmed enough without listening to what would end up being a 30 minute delusional dialog, which would likely end with me being more confused and overwhelmed than I already am.  If I do figure it out, I’m let you know.  🙂

While I’m trying to process Gavin’s situation,  Elliott and Emmett are fighting each other and screaming.

As I’m writing this, there’s one meltdown going on in the background, while Emmett is constantly rolling this plastic ball across the floor and making a great deal of noise.  For a kid who doesn’t like noise, he makes more noise than anyone else in the fricking house.

I don’t understand that.  I hear this from other parents as well.  Their child hates noise but is the loudest person in the house.  Maybe the noise they make is different than the noise other people make….but I digress..

Currently, we’re trying to figure out lunch and while the boys are hungry, we can’t find anything that is going to work for them.  Long standing goto foods no longer taste right and that doesn’t leave us with many options.

It seems that everyone is updating their packaging and while the food inside remains the same, I have kids who won’t even look at it because it appears different, nevermore it tastes the same.

I think I’m just overwhelmed in general today.  It’s not a terrible day but it’s just a day filled with chaos, meltdowns and anxious children, bouncing off of anything they can.

OMG I could use a nap…