More neighborhood drama because why the hell not -

Gavin gets a special day today

More neighborhood drama because why the hell not


I meant to share this the other night but I just didn’t get a chance.

I’m pretty sure this was a drug bust on a known drug house. I can’t say that for certain because I didn’t talk to the police parked right behind my house, blocking off the alley.

The house in question is widely known to be dealing but have never really been much of a problem, aside from the occasional domestic dispute.

Either way, the cops were marching in and out of the house for quite some time. The entire alley was blocked of as well.

I took this picture from my back steps.

I’m really grateful for my home and the effort I put into keeping it is a testament to that. At the same time, it’s not a safe place to live, as I’ve written about many times before.

I will say that I love seeing the cops step in and clean out the trash but all it does is leave a void to be filled by someone else.

We so desperately need to move and that’s just not something that’s possible at this point in time and frankly, I can’t see it ever really being a possibility, unless there are some significant improvements to our lives. 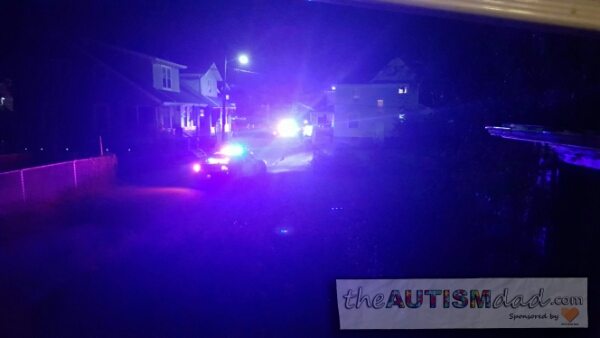