We have our first marriage counseling appointment today


It’s pretty obvious that I’ve been thrown off since Monday’s appointment with Gavin’s psychiatrist. As a parent, it’s so hard to just shake it off because it’s dealing with the life of my child.

At the same time, life goes on and never slows down just to let me catch up. 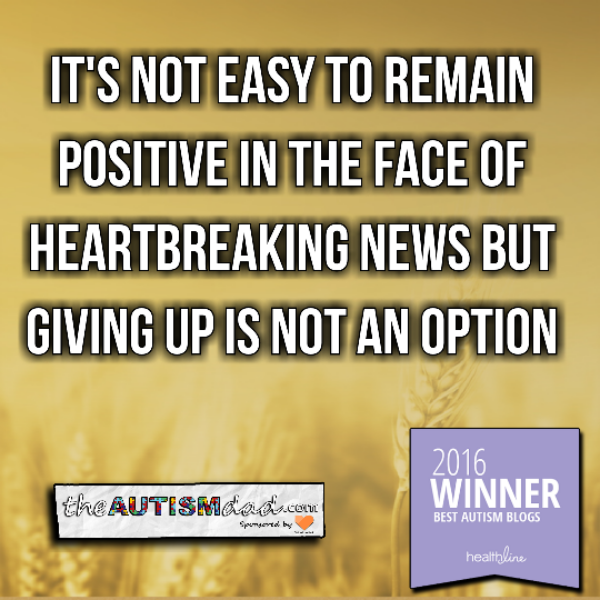 I sorta have to grieve on the run because while I’m struggling to process the bad news, there are a million new things that must be dealt with and an infinite amount of things still piled up in the back burner.
Between the heartbreaking news about Gavin, living with Gavin’s incessant over-sharing and everything else going on, I’ve just sorta crashed.

I’m struggling to remain positive. Hopeful that someone will think of something, that could help Gavin or at least stop things from getting worse.

Believe me when I say that it’s much easier said than done.

I still have two other kids who are each full time jobs on their own and they need me to remain a leader. All I can do is continue to put a smile on my face and push forward.

The truth is that I have little or no control over most of these things and worrying about it is just a waste of energy. That energy would be better invested in being productive and filling as many of my family’s needs as possible.