Confessions: How I'm not coping well with my son's declining overall health -

I love the sound of meltdowns in the morning :(

Confessions: How I’m not coping well with my son’s declining overall health


So I’ve mentioned that I’m going through some things at the moment but never got around to saying exactly what those things were. This is the post I promised a few days ago. I’m sorry it took so long but it’s not as easy for me to write lately.

By nature I’m a positive person. I’ve got a wicked sense of humor and I enjoy laughing. Frankly, if we’re being honest, it’s that sense of humor that’s mostly kept me from losing my mind on many occasions.

For instance, I refer to Gavin’s schizophrenic hallucinations in a manner that some may deem disrespectful but it’s simply how I cope with all of this and the name is actually very appropriate. 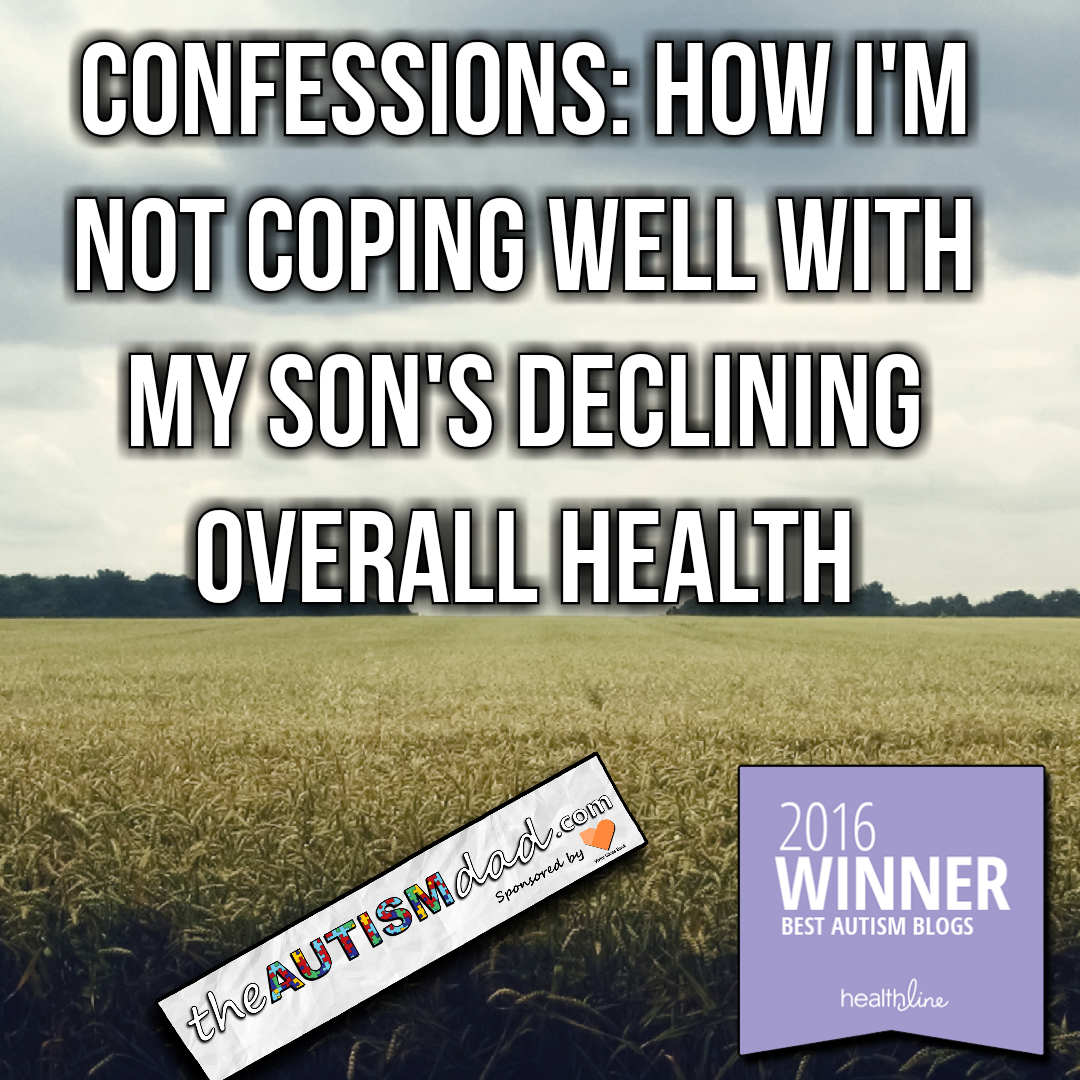 I don’t mean anything disrespectful with those references, it’s just my way of trying to find some humor in an otherwise tragic situation.

I have to hear about all this stuff all day every day and it takes its toll.

By maintaining a sense of humor about this whole thing, I can keep myself from being swallowed up by the heartache and pain of watching my son go through this.

With all that’s been going on in our lives lately, it’s getting harder and harder for me to remain focused on the positive. I find myself getting overwhelmed by all the things that I need to be able to sorta sluff off.

There are plenty of victories that we experience every single day but right now they seem less impactful than they normally would.  To be completely honest with you, I hate that these victories have been out of focus and I really want to get back to a place where they are cause for celebration.

None of this has anything to do with Lizze moving home. That’s been overwhelmingly positive for everyone.

I think it’s a combination of my ongoing war with depression, exhaustion and coming to grips with the knowledge that Gavin isn’t going to be getting better. I’ve not even come close to accepting Gavin’s all but certain prognosis. How does a parent find peace with the fact that their child isn’t going to get better and will instead, only get worse?

I hate myself for getting frustrated with his eccentricities. These aren’t things that he has any control over.

None of this is his fault and yet it still has a profound impact on me, my patience, my sanity, as well as my ability to cope with day to day life.

All this stuff just has me weighed down. It has me feeling defeated, defenseless and incredibly helpless.

It’s hard to remain positive in the face of things that cause such pain and anguish…..

Are you getting any break times?

We do get breaks. Sometimes we get a night off on the weekends and that really helps.