A massive update on our trip to the immunologist yesterday -

Bloodwork is done for the week

A massive update on our trip to the immunologist yesterday


After running around all morning and then hanging out with Gavin for a little bit, I figured I’d get everyone caught up on what happened at the boy’s appointments yesterday.

The boys were scheduled to see their immunologist/allergist yesterday. She’s way up north, quite close to Lake Erie actually.

We followed her when she moved from Akron Children’s Hospital because of how complex Gavin is and she was his primary for a couple of his disorders.

I’ll start with Gavin because he’s the most complex.

Gavin did really well on his tribal volume asthma testing. This means his asthma is being very well managed. As a result of him doing so well, she switched him back to his regular inhaler instead of the more powerful one he’d been on for the last year or so.

His allergies are being managed well also, so there’s no change there. 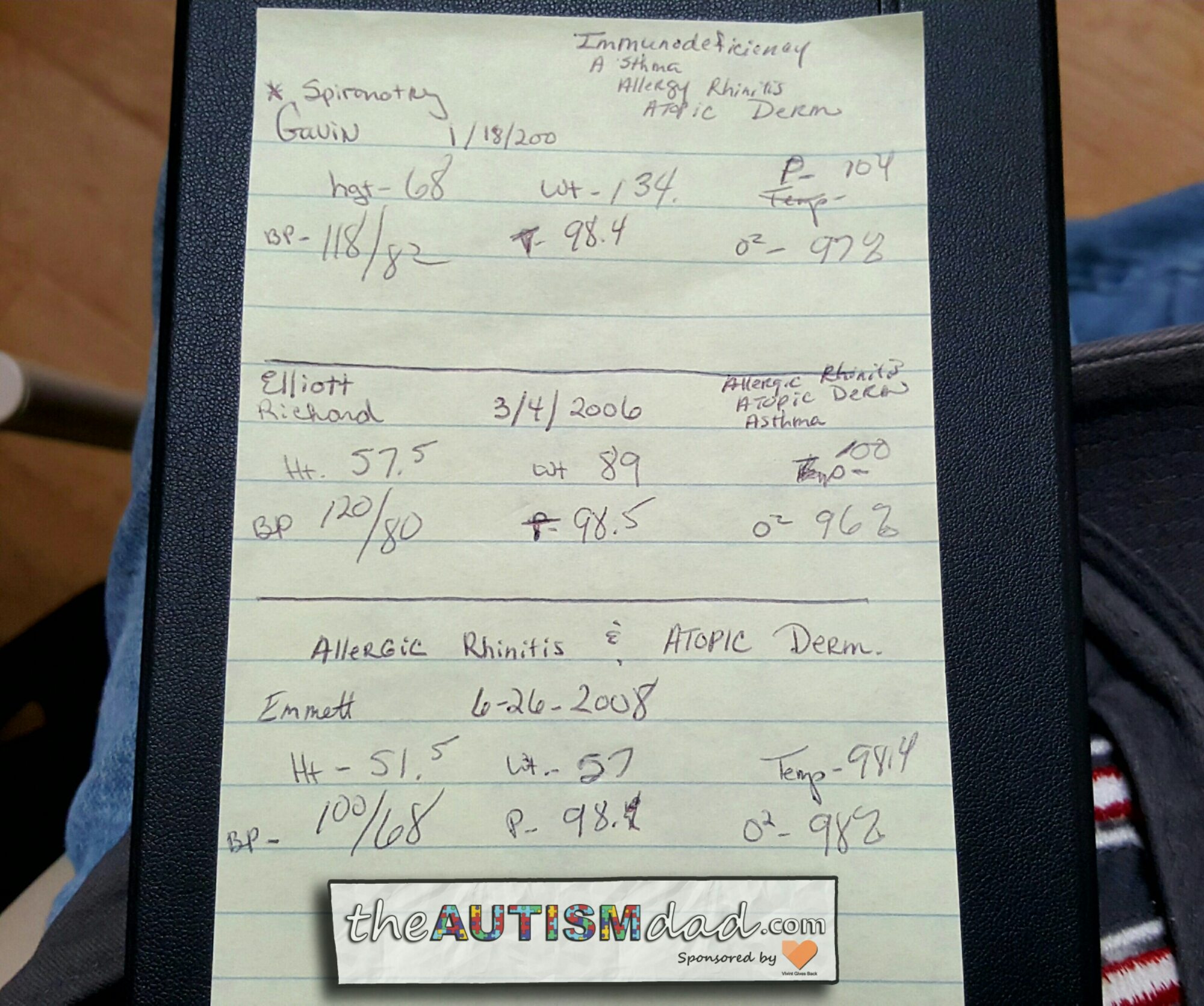 As far as his immune system goes, we won’t know about that until his blood work comes back. We were going to do it today but in all the craziness this morning, I forgot the order. We’ll just do it next week because there’s no rush on it.
That’s that as far as Gavin’s concerned.  The only issue we do have is that he’s losing weight. We’ve not been able to get him over 135lbs and he’s lost weight since his last appointment.

Elliott did really well on his tribal volume testing also.  He’s been off his inhaler for most of the year and will continue to do the same, pending a worsening of symptoms.

As far as his allergies go, we made a change to his seasonal allergy medication but that’s about it. As for his food allergies, he still has to stay away from almonds and tree nuts. He’s been accidentally exposed to food made on shared equipment and didn’t have a reaction. That said, a month or so ago, he ate something with almonds in it and had a reaction. It was one of those things that was a total accident because we didn’t realize there were almonds present.

He needs further testing but not at this time because we are just continuing to be vigilant about avoiding these things.

He was fine across the board. She did run bloodwork to check his levels and see if there’s anything new in regards to his fever disorder. We’re waiting on the results.

Elliott and Gavin got refills on their epipens. Thank God insurance covered them completely.  That’s a true blessing and one that I will never take for granted, especially enlight of the corporate greed recently demonstrated by the 600% increase in the cost of this extremely cheap to produce, life saving medication.

Aside from that, a whole bunch of awkward Gavin conversation and several bathroom stops, the boys did awesome. We left about 1pm and didn’t return home until 6pm… That took a great deal out of them, especially since half of it was spent in the car.

I’m thankful that things went as well as they did. For a long time, trips like this were much more difficult because there were always new health issues discovered.

Aside from Gavin, it seems like that may be behind us now and we can look forward to follow-ups being just that, follow-ups.

As always, I’m happy to answer any questions you may have. Simply leave them in the comments below..  ☺