It’s been a difficult couple of days for Gavin. It’s safe to say that the increase in Clozapine has significantly increased the side effects he had begun suffering from about two years ago.

Gavin’s been struggling with what presents itself as bladder issues.

He’s constantly running back and forth to the bathroom, without having to actually go. He has the overwhelming urge to go and while sometimes he does indeed have to go, most of the time it’s a false alarm.

We’re having many almost accidents and Gavin is absolutely miserable because he can’t go anywhere without this interfering. 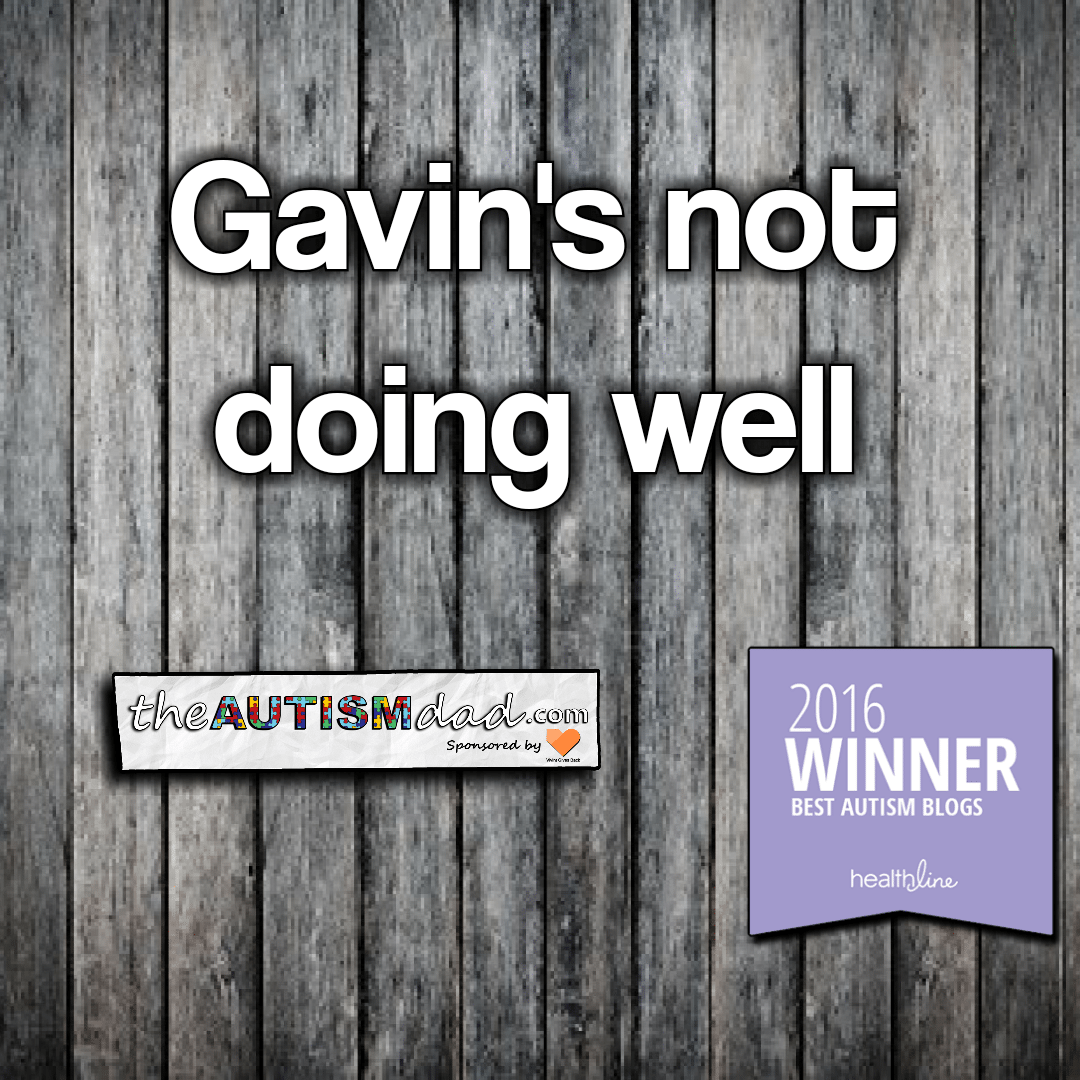 This isn’t a bladder infection because he’s been tested and cleared many times. Unfortunately, this is a very rare but documented side effect of Clozapine and is apparently more prominent if there’s been a disruption in his medication and a subsequent restart.
A few years back, there was a mix up at the pharmacy and Gavin went three days without his medication.  This meant that we had to start over and build up to the dose he’s currently at. We lost years of progress.

When someone is off of Clozapine and then starts up again, the risk of side effects increase significantly. There is no third time because it’s too dangerous.

Shortly after restarting, the side effects began and as we’ve had to increase the dosage to match what he was previously on, things got much, much worse.

This was an issue only a part of the time before the increase and now it’s pretty constant. It’s worse when he sits or lies down.

It’s to the point that we can’t take him in the car for more than a few minutes. There’s never been an accident that I’m aware of but it’s been close and regardless, Gavin’s miserable.

All the obvious precautionary measures like bringing a portable urinal in the car or even diapers would never, ever go over with him. That’s the kind of thing we would need total cooperation for and I can’t blame him for not cooperating.

As I’m writing this, I’m on hold with the Cleveland Clinic’s pediatric urology. I’ve been transfered a few times and put on hold forever. Now I have to wait for a call back later today for what will hopefully be an appointment next week..

Even if we were to stop the Clozapine, the side effects are likely permanent and the best we can do is treat the symptoms.

According to his doctor,  the only treatment is to keep him on suphedrine throughout the day but that has obvious drawbacks, especially when considering his autonomic dysfunction.

With any luck, we’ll get the appointment and we can try to put together the trip to Cleveland. Hopefully, we can find some answers and possibly even a solution…