So far so good-ish


Since Gavin’s Clozapine dose was reduced back down to 600mg per day last week, we’ve noticed some changes but frankly, it’s really difficult to know what is what.

In some ways, Gavin’s doing better and others he’s doing worse.

While on the 800mg per day, it appeared that he was less involved with his gang of super best friends. That doesn’t mean that he’s delusion and hallucination free. It just means that it seemed less prominent. It could have simply been that he wasn’t talking about it as much.

On the flip side of the coin, his bladder issues were significantly worse on 800mg per day. There’s no question about that. 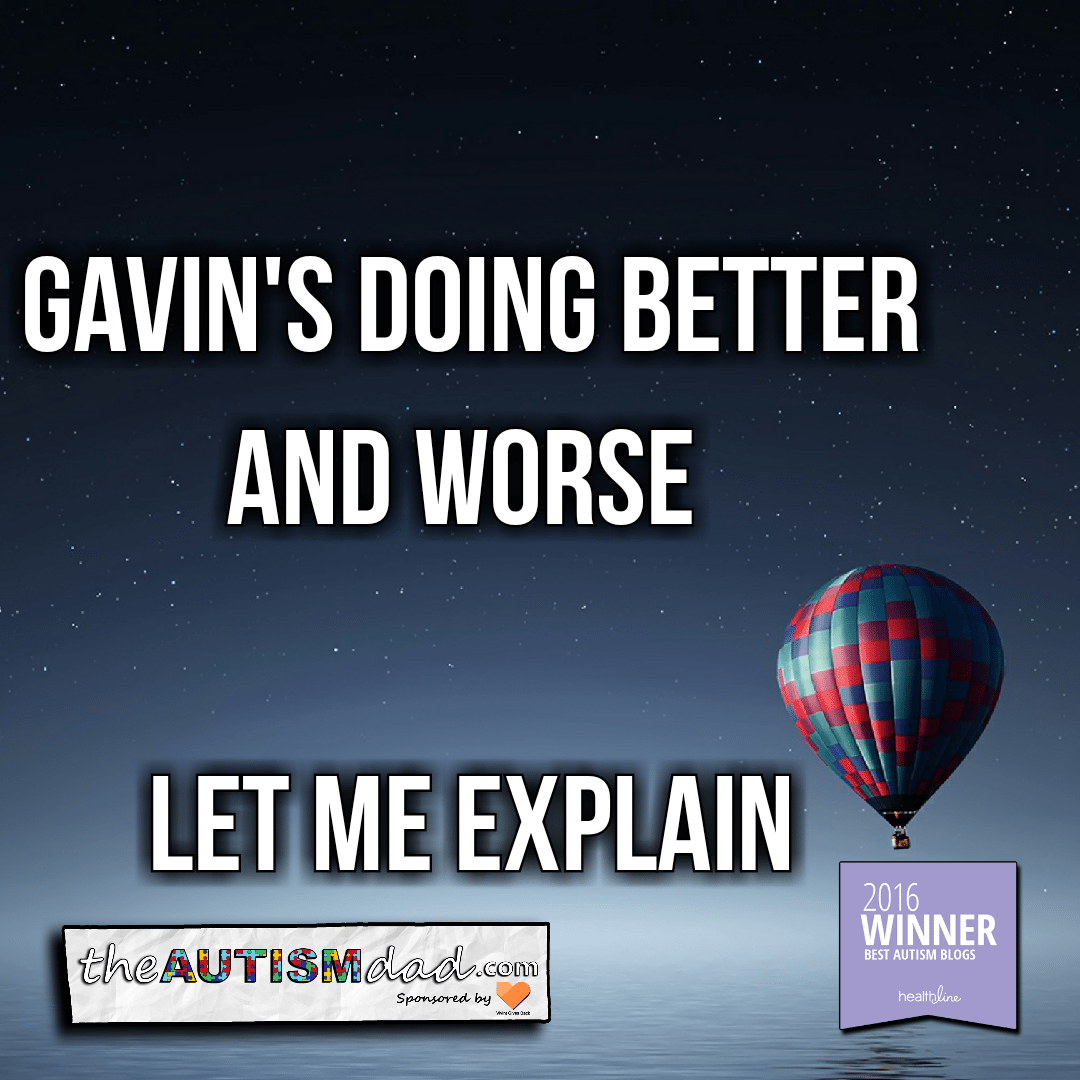 Since we dropped back down to 600mg per day of Clozapine, we’ve noticed some changes.
Sunday afternoon, we had to run some errands and that required some time spent in the car. At no point during the entire trip did Gavin have to use the bathroom. It would appear that dropping down on the dose, has made a difference in the bladder symptoms.

Unfortunately, while the bladder issues seem to be improving, he’s back to talking about his missions again.

The problem is that everything is so convoluted anymore, that it’s nearly impossible to tell if what we’re seeing is actually positive improvements, Gavin just having a good day or us seeing what we so desperately want to see.

Later this week, we will begin to slowly bring raise the dose again. This time we’re increasing by 50mg week for four weeks.

The hope is that by giving his body more time to adjust to the increase, we can avoid some of these problems. Personally, I don’t buy into this but it’s the only thing we have left to try at this point.

While I’m a positive person, I also like to deal with the reality of the situation because it better prepares me for what’s most likely to happen.

In this case, I fear that as the dose increases, so with the bladder issues. There’s always a chance it will work but previous experience dictates that the outcome will remain the same. It’s just going to take us longer to reach that point.

We’ll see how Gavin does on the trip to the dentist today. It’s a roughly thirty minute drive that Gavin has barely made on previous attempts. If he does really well, then the lower dose seems to have helped. If it doesn’t go well, than shit…….I don’t know what to do at that point.

We’re just going to plan for the worst and hope for the best. This will probably be the best approach for this situation.