Here’s my morning so far


If you look up anxiety in the dictionary, there is a picture of Elliott next to it. This kids is hardcore anxious. Of course, he has generalized anxiety disorder.

He hates going to the doctors office. When he was younger, we used to have to physically carry him into the office because he would refuse to go.

When it came time to take him back to the dentist to get a small cavity filled, I wasn’t looking forward to going at all. I could just imagine how bad this would be, especially with Elliott knowing ahead of time what was going to happen. 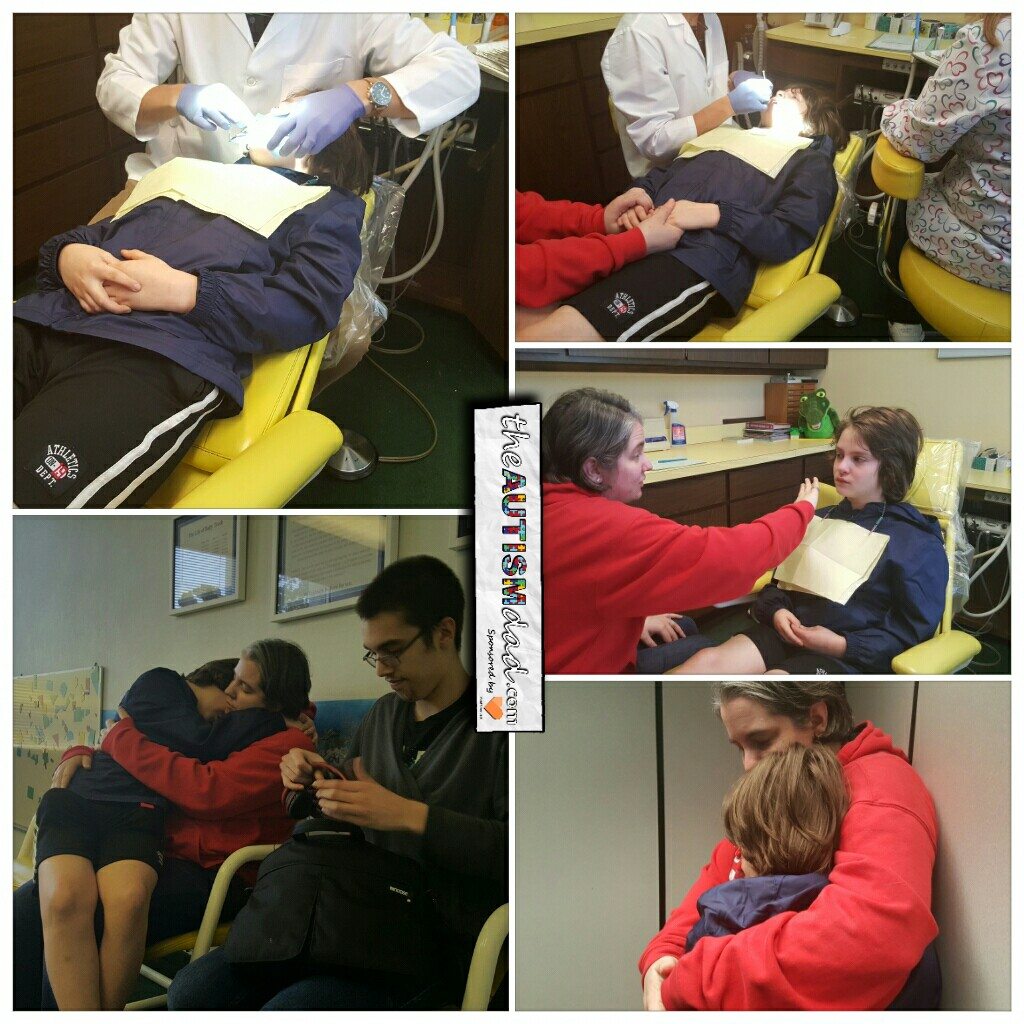 That being said, I couldn’t be any prouder of Elliott because he did really, really well.
He broke down a couple times but Lizze and I made sure he knew we were right there with him. While he was waiting to go back, he sat of Lizze’s lap and snuggled his Mommy for comfort.

When it was his turn, I could tell he was scared but he did such an awesome job and it was over before he knew it.

Unfortunately, he has to go back to get another tiny cavity but it’s lot anything going major and he will hopefully be a bit more comfortable with what’s going on.

For now, his cavity is fixed and he’s doing just fine..  ☺