I’m looking at this as a fresh week and a week of new possibilities. I’d like to think that those possibilities might be really good but I know that I need to be realistic.

With that in mind, I’m going to just hope for a nice balance of shit and rainbows… This is especially true in regards to Gavin’s and all he’s going through.

This week will see Gavin continuing on his increased dose of Clozapine and continuing on the Miralax. The Miralax has already addressed the main problem preventing the urologist from treating Gavin’s bladder issues. Now we have to see if it makes a difference as the Clozapine dose increases over the next four weeks. 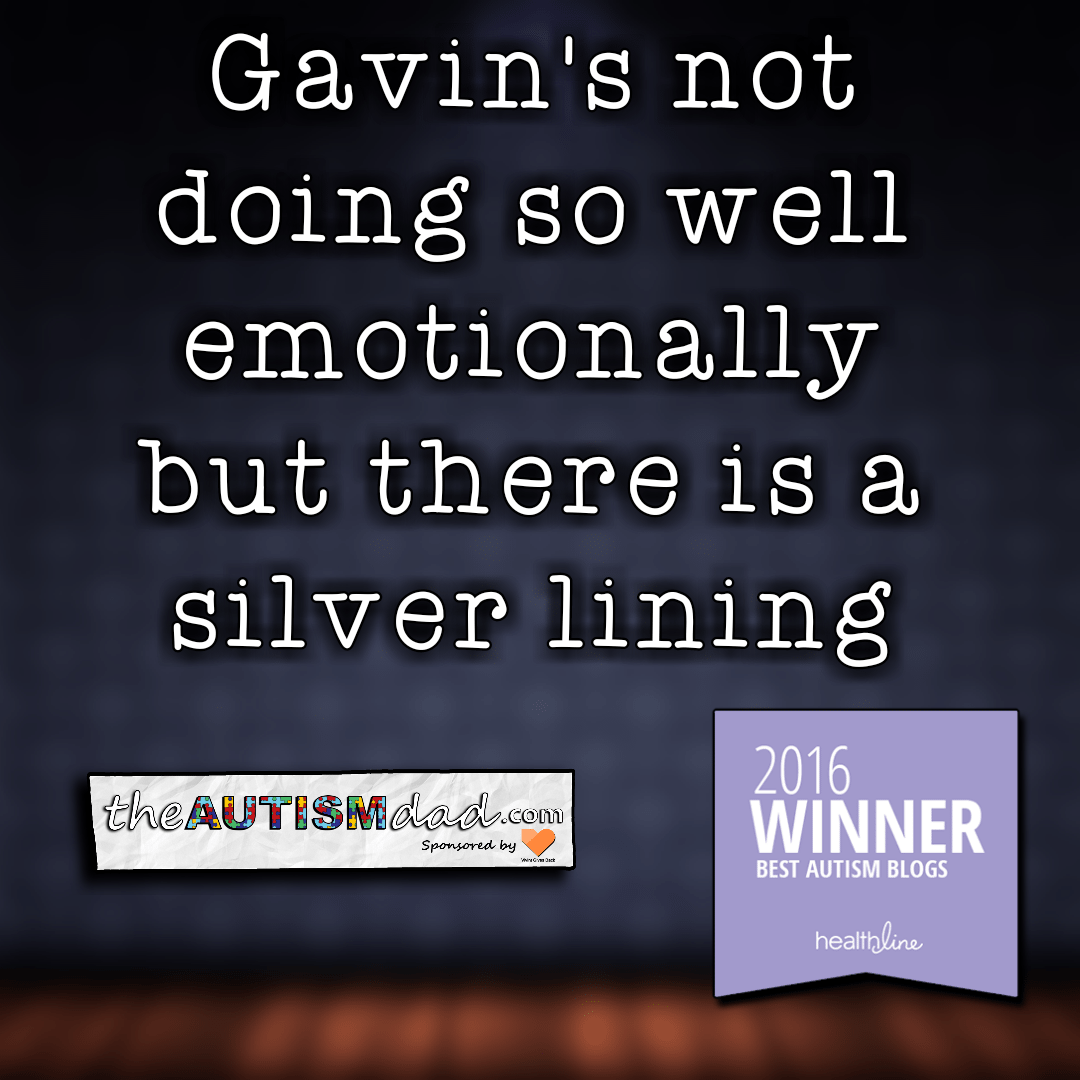 As for the Clozapine, I don’t really know what to say. Gavin’s definitely psychotic. There’s no question there.
He had a mission today in which he had to cut off someone’s hand. It was a bad guy but still. We’re back to hearing about his missions on a regular basis again. He’s even discussing them in front of his brothers, which is very unusual for him. He’s normally very careful to limit their exposure to his delusional thinking.

The million dollar question is whether or not the Clozapine is working.

There are two distinct possibilities here.  The Clozapine may be working and this stuff is still sorta slipping through or it’s not really working anymore.

Frankly, either one is scary and I think the most likely scenario is that it’s actually working but the dose is too low. We’ve seen improvement with the higher dose and that’s where we’re currently heading.

The only way to know for sure would be to remove the Clozapine all together (which we can’t because he could never take it again) and see just how bad things get.

I have a feeling that things would get really bad, very quickly.

If you’re saying to yourself, WTF is going on and WTF needs to be done, you aren’t alone. I pretty much wake up every single day saying the exact same thing.

The truth is, there isn’t another person on this planet with more intimate knowledge, insight and understanding into what’s going on with Gavin than myself and I’m totally lost.

When our kids get diagnosed with something, as parents we become experts in whatever that something is.

This is just a really complex situation and absolutely nothing is black and white or cut and dry.

With all that said, I can say that I’m really thankful that the Miralax is helping at least one of his chronic problems. Even if this proves to be unrelated to his bladder issues, we’ve corrected an issue that was having a negative impact on him in general and that’s victory.  We will have also ruled out a possible cause to these bladder issues as well and that’s forward movement.

I’ve spoken to this many times in the past and I speak to it again. It’s so easy to be run down by the amount of negative in a situation like this. It’s like a freight train and when it hits, it hits hard.

The only way for me to not lose my mind or anymore hope than I’ve already lost is to focus on the victories.

We don’t have any answers but rather than drowning in that frustration and heartache, I’m going to celebrate the fact that we managed to address the fact that he was so backed up. This makes his life just a little more comfortable and I’m incredibly grateful for that.