A picture says a thousand words


There have been few things in my life that are harder to deal with than when one of my three kids with Autism becomes sick.

Emmett’s been sick for the last 24 hours. It’s nothing more than a cold but the experience for him is far worse. The reason for this is the same reason that wearing clothes and eating certain foods is a massive challenge. It’s called sensory processing disorder.

Something as simple as a runny or stuffy nose is a truly miserable experience for him because of the way his brain processes the sensory input. 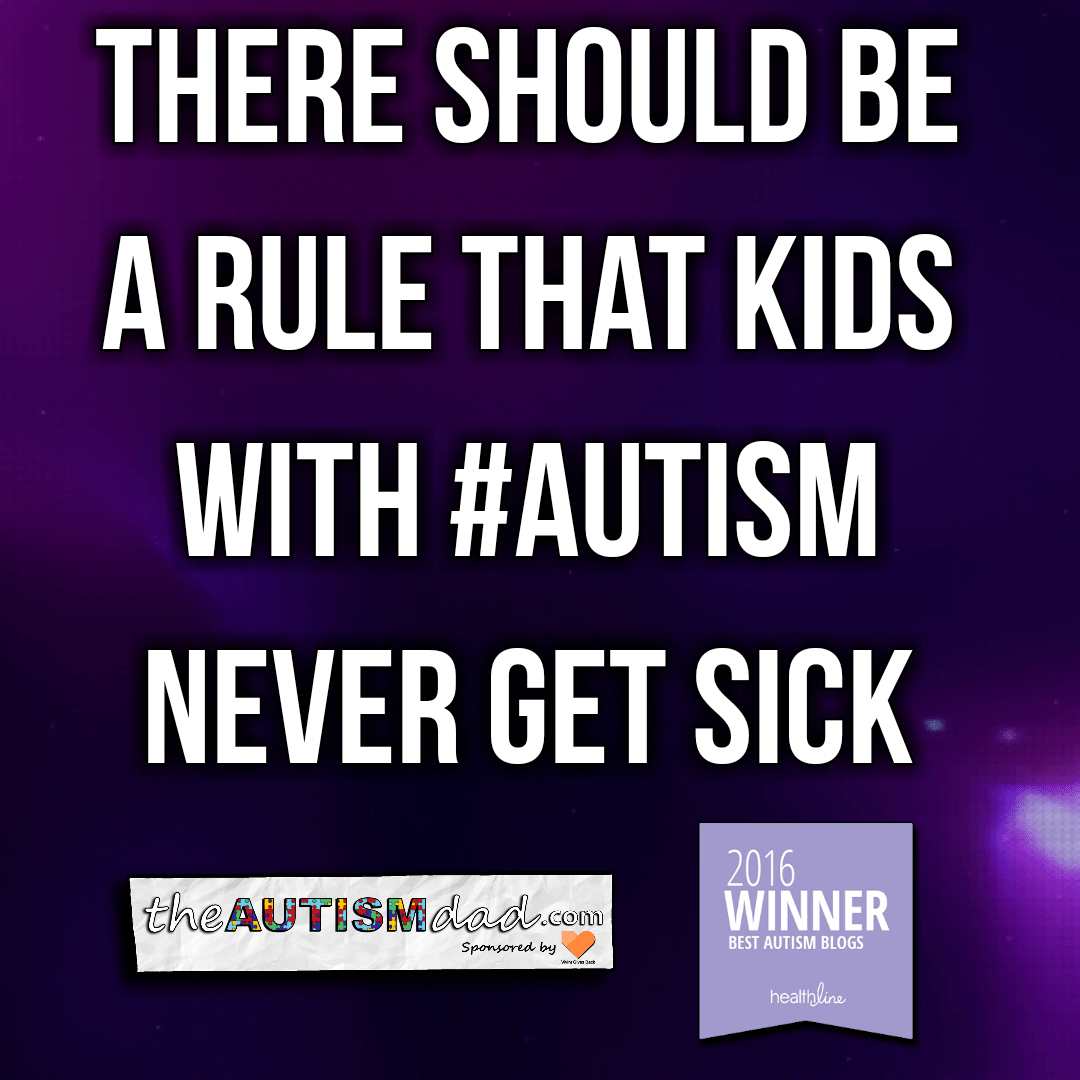 Most people can go on with their day while dealing with a stuffy or runny nose but not Emmett.

The stuffy or runny nose is all he can focus on. There is no distracting or redirecting him because it’s so incredibly overwhelming for him. This prevents him from sleeping, eating and leads to meltdowns that are quite unpleasant.

Autism is tough enough on the child touched and the parenting raising them. When you add illness into the mix, the scales are way, way out of balance.

I know I’m armchair quarterbacking here but it would have been nice for the powers that be to maybe cut families like mine a break. There should be an unwritten rule that kids with things like Autism, already have enough to deal with and should be exempt of getting sick.

Keep in mind that this is coming from a parent who’s been up for two consecutive nights with a child who cannot relax or sleep because of a stuffy nose. It’s been a nightmare for both of us…. O_o