One at school. One home sick and one in a psychotic break.

We’re back at the @ClevelandClinic once again today


At the risk of sounding like a terrible parent, I’m going to admit that my oldest son Gavin, is driving me absolutely bat shit crazy. Some would argue that’s a short trip and frankly, they’re probably right.

I don’t know a word that fits more than incessant because if I did, it would definitely apply here. Not only is he talking nonstop, he’s telling me everything twice.

Gavin: Dad, while I’m at Grandma’s tomorrow, we’re going to make my hat for trick or treat.

Me: Gavin that’s awesome. I know and I know you’ll have fun.

Gavin: Yeah. Guess what. I’m going to make my hat for trick or treat at Grandma’s tomorrow.

Me: I know Gavin, you just told me that and I’m still excited for you.

It’s been like that all day and I can’t explain how exhausting it is to not only deal with this but deal with this and exercise patience because I know this isn’t his fault. 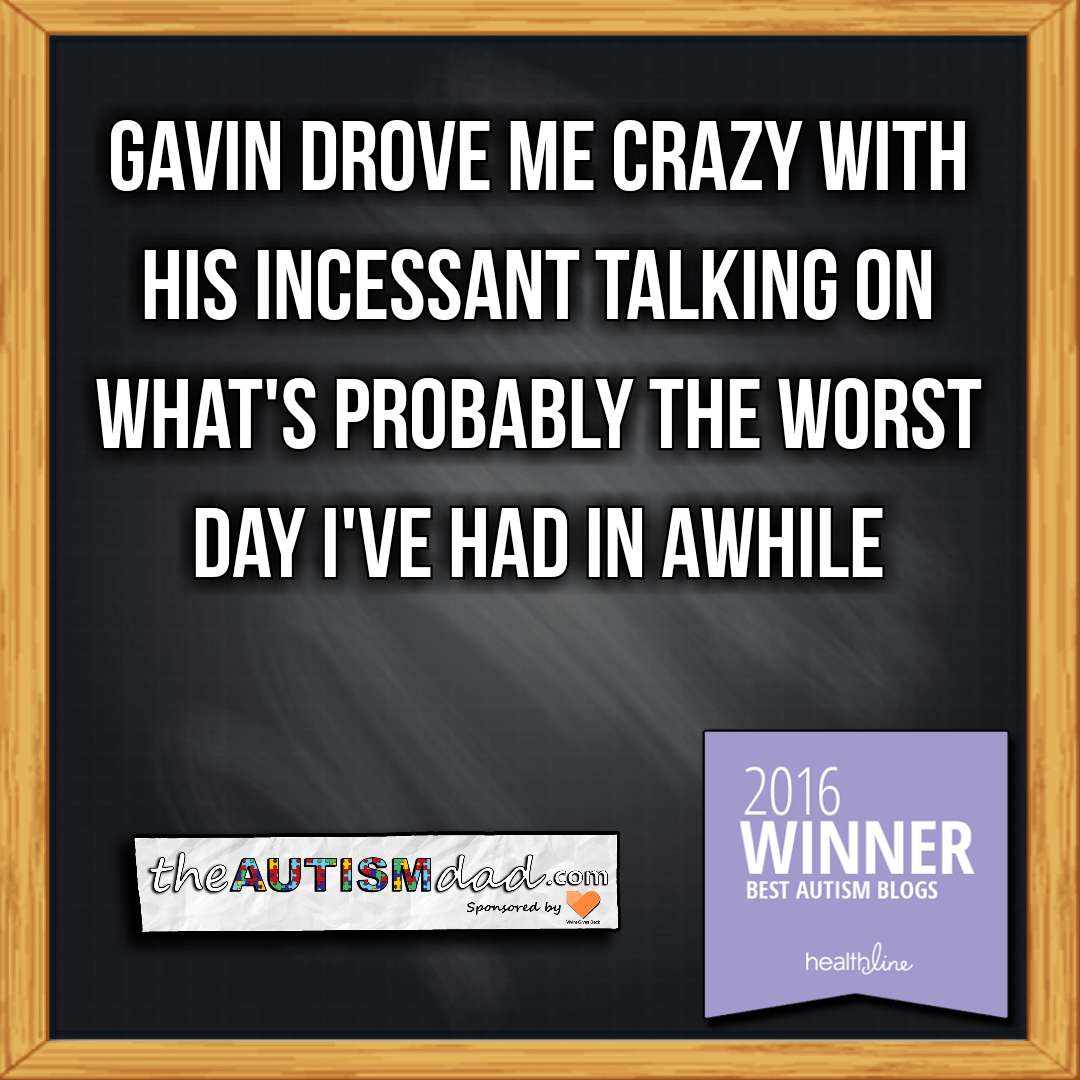 My head is pounding and honestly, this just made everything else I had to deal with, that much worse.
Just to give you an idea of the other things that I had to deal with today. We lost our food benefits because of a misunderstanding, when Lizze was added back to our account.  I was up for renewal or whatever they call it but we had to go through a similar process when they added Lizze back to my account when she moved home.

The understanding we had was that process had updated our account with everything we needed to continue until our next review in twelve months. Apparently that wasn’t the case and because I didn’t do the review process, they pulled the plug.

This is probably fixable but not this month.  We have reached out and are waiting to hear back.

Then of course there was Dominion East Ohio Gas. What began as a phone call to make payment arrangements, turned into a massive ordeal where they showed our gas has been turned off since August 11th of this year, which of course it wasn’t.

The only logical reason the customer service rep could think of to explain why our natural gas was currently on was because I was stealing it.

That was a really unpleasant conversation to have and this lady was really not professional. Maybe she was having a bad day but so was I and to accuse me of stealing was completely out of line.

She told me that the service tech had come to my door on August 11th, which did happen but that I refused to give her access to the house, which never happened. Then there was something about our vicious dog. It’s all very confusing and inconsistent with what actually happened.

It took me almost two hours and half a dozen phone calls to get this all straightened out. I was hung up on, disconnected or transferred more times than I can remember.

Turns out they don’t know what happened but the flow of gas had never been disrupted, which means I wasn’t stealing anything cause it was never shut off in the first place.

The last person I spoke with was so nice and she helped get this resolved quickly. They have to do a safety inspection on Thursday because their records were not accurate but aside from that, we can move forward.

Anyway, sorry for the tangent but the point is, even while all the above was going on, Gavin’s just kept talking away.

I was already so stressed out and the constant talking was just making things that much more difficult to deal with. Again, it’s not his fault but my goodness, it takes a toll regardless.

I wish I had more patience but I can only deal with so much. Those that spend time with Gavin, understand what I mean when I say that this is or could be a form of torture.

It’s constant chatter and not only that but it’s repetitive as well.

Aside from telling him to just stop talking and take a break, I never lost my cool on the outside. On the inside I was screaming as loud as I could but to no avail.

Part of me feels guilty for not being more patient with him but the other park of me recognizes that I’m a human being and have very real limitations.

It’s currently about 1:15 am and I’m just relishing the silence that has fallen over our house. For right now, the many problems I will be facing when I wake up later on this morning, can wait.  For now I’m going to try and get some sleep while I can….