A heartbreaking reminder of how unwell my son is -

What happened to my son with fragile health today

A heartbreaking reminder of how unwell my son is


I’m not going to lie here, I’m so overwhelmed after today. Between the Cleveland Clinic and everything else, I’m emotionally and physically drained.

To make matters worse, Gavin’s been talking nonstop about his adventures with his team of super best friends. These are of course hallucinations but to him they’re as real as I am.

What concerns his psychiatrist the most is how strong his delusions are. 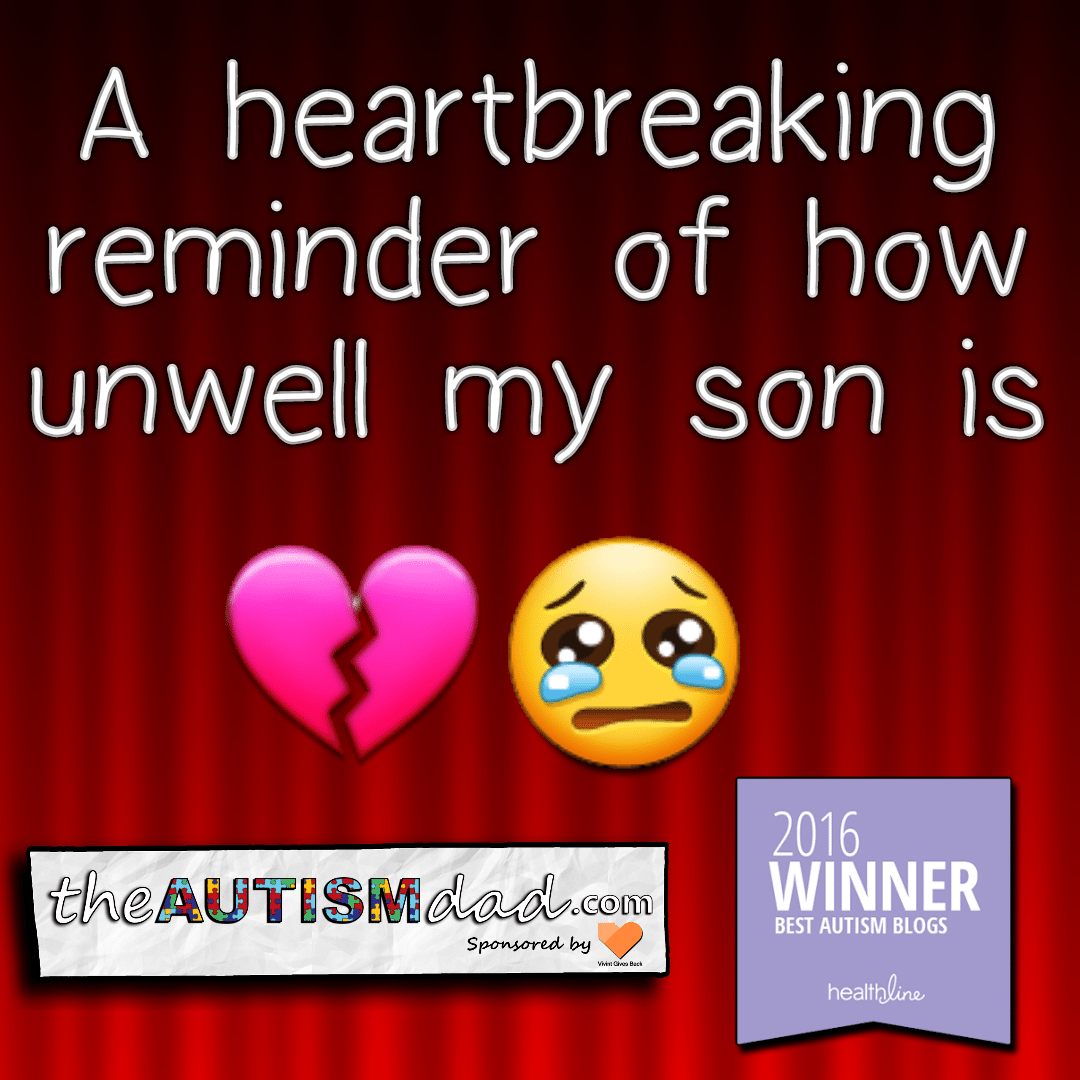 Hallucinations are the things that he sees and hears, that only he can see and hear. He’s delusional because he believes these things to be real. That’s basically the difference between the two.
Anyway, I have been listening to Gavin tell me all about how he single handedly took on and defeated the Shredder and his mutants. He’s so proud of himself. All I can do is smile and tell him good job, all while hiding how much it kills me to hear these things come out if his mouth.

In his mind these things have actually happened and it feels like in a way, he’s bragging about this in a similar fashion as someone else might brag about hitting the winning home run, scoring a goal or sinking a three pointer at the buzzer.

As his father, it’s painful to know that he’s so detached from reality. Everytime he talks about this stuff it’s a stark reminder of just how unwell he really is.

This has taken a terrible toll on my heart and soul because I want so much better for Gavin. He didn’t ask for any of this and frankly, neither did I.