Lizze and I reached out to Gavin’s psychiatrist’s office because we’re growing increasingly worried about his worsening level of lethargy.

I mentioned eariler that they were our first stop because if this is medication related, it’s probably the Clozapine. Since they manage the Clozapine, it makes sense to begin there.

My email was returned within minutes and we got an appointment right away. I’m not sure if that’s just convenient or both convenient and scary. It’s impossible to get into Gavin’s doctor and we literally received an appointment for the same day, scheduled for about an hour after I sent the email. 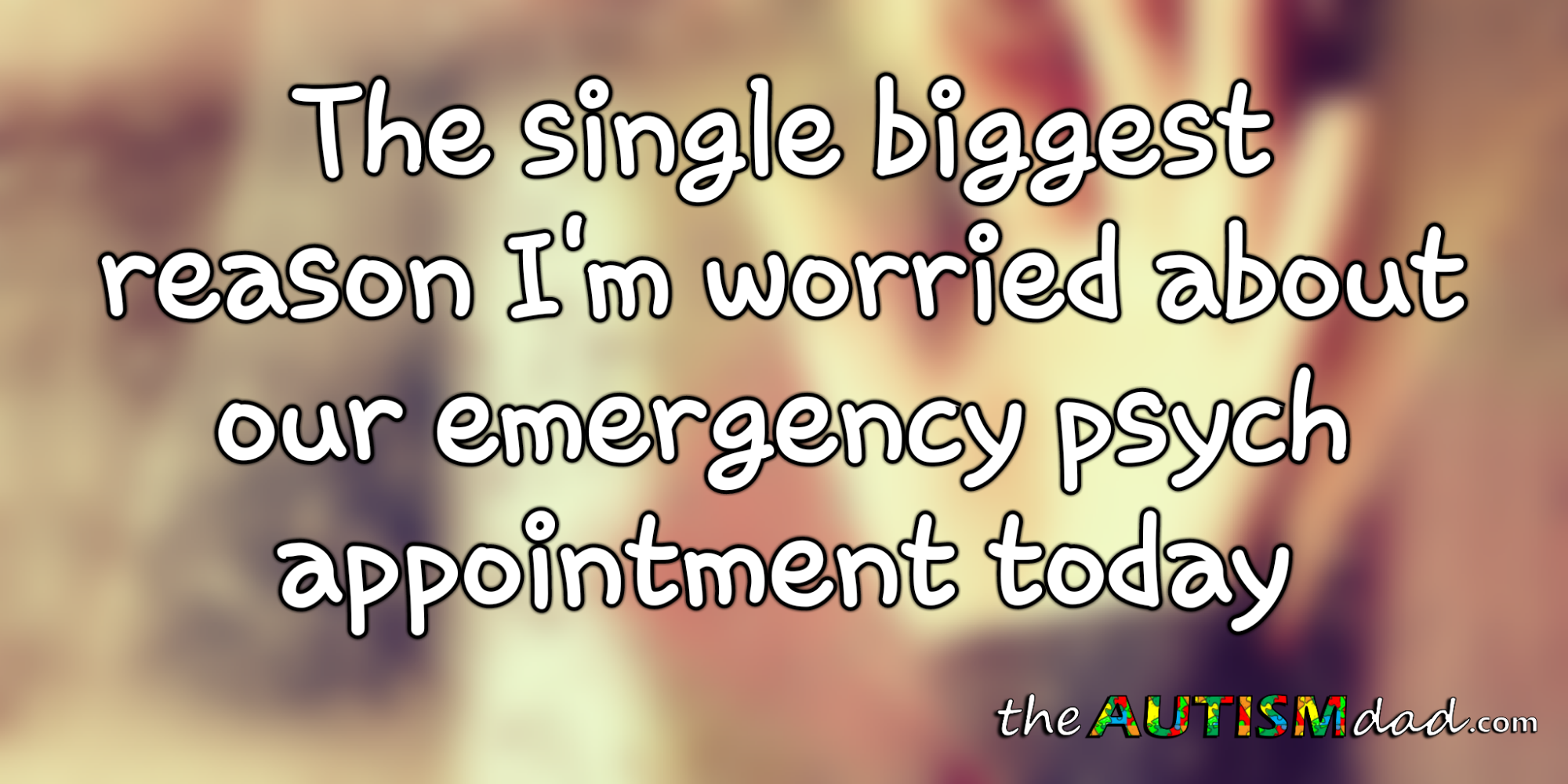 I don’t think there’s anything medically significant to worry about there is still one reason to be very concerned. We could end up having to either cut back on the Clozapine or discontinue it altogether.

Where or not that would actually present a problem isn’t immediately known.

Clozapine is the only thing that is helping to control the symptoms of Schizophrenia. Without it, Gavin would be an unmedicated Schizophrenic and historically, that’s a very bad thing.

On the other hand, Gavin’s symptoms aren’t as controlled as they used to be, so we aren’t entirely sure it’s even doing much of anything, if anything at all.

The last time Gavin was unmedicated, he ended up in the psych unit at Akron Children’s Hospital.

I’m a bit on edge until we figure out what’s going on.

If the last time Gavin was unmedicated, he ended up in the psych unit, I would find it totally and uterally shocking that his psychiatrist would completely discontinue his medication because he’s lethargic.

Well this is a particularly complex case and nothing is cut and dry. If he suggests cutting or removing altogether, it will be for a very good reason.

What was the outcome of Gavin’s appointment?

I hope everything goes well.