A heartbreaking conversation with my son (audio)

Well shit, I just had to open my big mouth

A heartbreaking conversation with my son (audio)


It’s been a little while since I talked about how Gavin was doing. I will very, very cautiously say that things might be improving a tiny bit for Gavin and here’s why.

It seems that we have gotten the bladder control issues under control. I don’t know that I’ve actually heard him say anything about it in at least a week or so. He still tends to have problems during his Infusions but that’s about it. 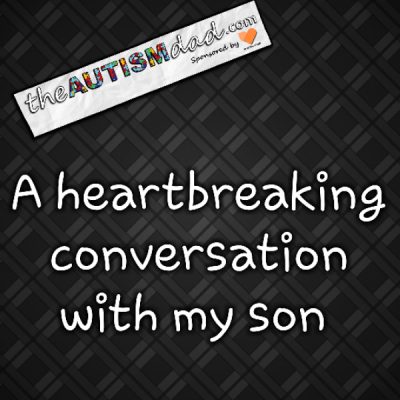 The medication he’s taking to relax his bladder seems to be doing the trick. Of course, it could also be that he’s been back down to only 600 mg of Clozapine per day for a few weeks now. I think that helped.

On the backside of all this, he’s still struggling with psychosis in a pretty big way.

We had one of our usual mission debriefings while playing Minecraft together. This is what he talked about.

When you listen, you may think that this just a kid with an active imagination but it isn’t. Stop for a moment and just imagine if this were your child and he or she talked about these things and they truly believed that it was all real.

My Conversation with Gavin

It’s tough to imagine but not for me.

My son lives this every single day and all of the things he shares; he firmly believes that he does.

Gavin has an unusually significant level of delusion. His hallucinations are ever present and deeply rooted in his everyday life. As his parent, it’s both exhausting and heartbreaking to have these conversations with him but it’s just part of my ever evolving job.