Pictures from Emmett’s OT and PT this week

Thoughts and Prayers are needed today

“Focus on what you can actually control rather than the things you can’t” People ask me pretty often, how am I doing so well with everything I have going on? I would always just say that I do what I have to do.

This afternoon I had a brief conversation with my Dad on the phone. He was basically just checking up on me and expressing some concern about some things that are going on. He asked me why I’m not worried about these things?

I hadn’t really been able to articulate the answer prior to today because I couldn’t quite find the words to express why. 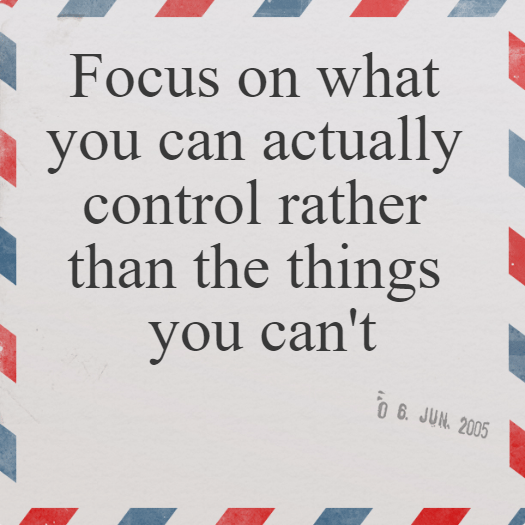 I told him that I am worried about these things but I have absolutely no control over most of these situations. They are a result of something I did and so in all the ways that matter, I can’t do anything about them right now. That’s when it occurred to me that what I’m doing is putting my focus, time and energy into the things I can have the greatest impact on.

It’s not that I’m oblivious to the other stuff, I just can’t do anything about it and so I’m choosing not to endure the extra stress I would have to endure, should I focus on these things.

Does that make sense? I’ve realized that there’s no point in worrying about the things I can’t control. It’s a dead end and there’s noting positive to come from along it to consume me. On the other hand, by focusing on the things I can have an impact on, I feel more productive and positive.

One of the reasons that this approach to life is so important is because my kids pick up on everything.

If I’m stressed out, they’re stressed out. By taking the more positive approach to these things, I’m setting an example for my kids and not forcing them to endure grownup problems that they have no business even being aware of.

The serenity prayer: God. Grant me the serenity to accept the things I cannot change, the courage t… https://t.co/TQGrKavn83