I’ve been seeing this tragic story play out of social media and news networks everywhere.  The first thing I want to say is that I’m so grateful this little boy is still with us today.

The general demeanor of society in regards to this situation really disturbs me because out of the millions of opinions floating around, how many of those opinions are from people who actually have a true understanding of the situation, gorilla behavior and fool proof way of predicting the future? 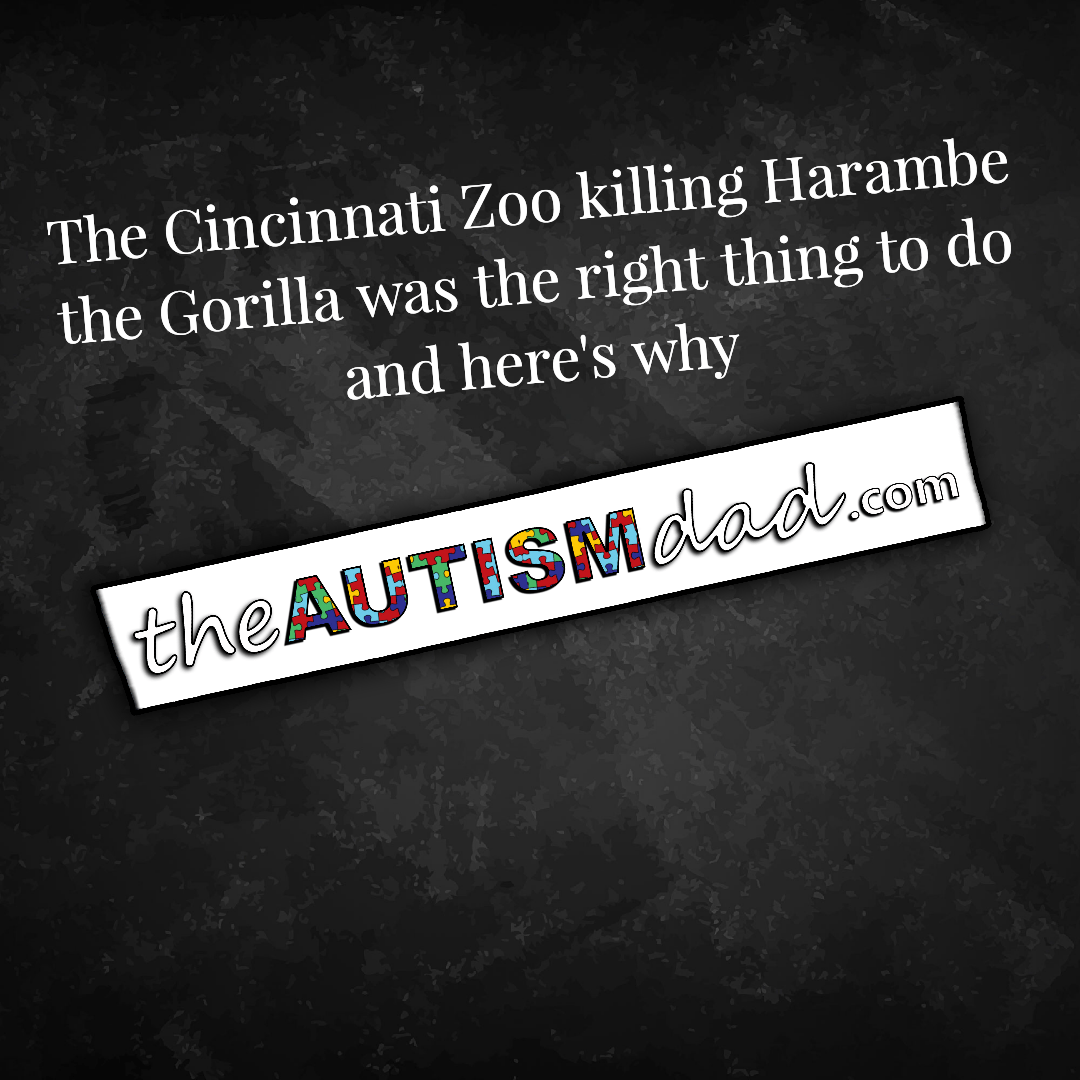 Everyone has an opinion and their entitled to it, no matter how misguided it may be.  I totally get that.

That said, unless you have a flawless record raising your children and have never had an occasion where you’ve turned your back for one moment and your child has slipped away or maybe gotten into something they shouldn’t have, you really have no right to judge these parents.

People who were actually present and witnessed the tragic events have already stated that the parents were very attentive, vigilant and that it happened in a spit second.

Do we even really understand that a human child’s life was in grave danger? No one’s saying that Harambe the gorilla would have intentionally harmed this little boy.  It’s entirely possible that if things had a chance to play out, both lives could have been preserved.

If you can honestly sit there with a straight face and say that you are 100% sure that this child would have made it out alive and unharmed, if the zoo had not made the choice to kill Harambe, than I’m sorry to say but you’re full of shit.

The Cincinnati Zoo was in a lose lose situation and no matter what they did, something very bad was likely to happen.

It’s important to understand that even educated specialists in gorilla behavior cannot predict the future.  When you see an enormous animal, with the strength of 10 grown men, dragging this helpless child around like a ragdoll, even if he’s trying to protect the boy or be as gentle as possible, how can anyone predict the outcome?

Have you read Of Mice and Men?
There truly was only one thing to do that presented the greatest odds of ensuring the child’s survival. Unfortunately, that meant shooting Harambe, in a way that would quickly and as humanely as possible, cause instant death.

No one’s saying that this isn’t tragic and that something needs to be done to childproof these exhibits and prevent this from happening again but we’re losing siight of something really, really important.

As a result of the Cincinnati Zoo’s quick response and their ability to make a very difficult decision under the kind of pressure most of us would simply freeze under, they saved the life of a tiny human child.

There needs to be an investigation into how this even happened and measures taken to ensure that it never happens again.

In the meantime, how about we focus on the fact that because of the Zoo’s quick thinking, this little boy will be able to celebrate his next birthday.

Rather than blaming the parents and partaking in all the utter nonsense that’s going on this week, we should show our respect for the loss of Harambe but at the same time, celebrate that a group of highly trained emergency response people were able to save the life of a little boy.

What if you were the one that had to make the decision to kill this gorilla or risk losing this child?

Can you imagine the outrage if they had taken a different course of action and this child was killed by the gorilla? Would the gorilla have been put down anyway, especially after taking a human life?

It’s so easy to sit back and watch a video replay, over and over again. When your in the moment, you don’t have the luxury of instant replay. You only have seconds to make a life or death call.  You don’t have the benefit of knowing the outcome before having to make a decision that would both save a life and take a life.

This has been a tragedy and it’s absolutely okay to mourn the loss of Harambe because it shouldn’t have happened but it did happen. We need to learn from what led to this, fix it and move on.  For the love of God, cut these parents some slack and stop making assumptions about their parenting ability.  Kids wander and in the Autism community, we should be all too aware of that.

In my book, the Zoo acted heroically and saved a human child’s life.

I really am disturbed by the way people have responded to this whole thing but I’m not really surprised.