I'm really stressed out about today -

Today’s plans have been met with catastrophic failure

I’m really stressed out about today


Today is a going to be a crazy one.  We’ve got to be in too many places, all at the same time and there’s only one of me to go around.

Lizze will be at an appointment (in Fairlawn) all afternoon.  Emmett has his Social Group thing that isn’t actually a Social Group per say but I can’t remember what the Hell they call it.  I wrote it down so I could share it but that’s all the way downstairs and so for now, we’re going with Social Group.

Anyway, Emmett’s got Social Group at Akron Children’s Hospital and it happens to be in the same time slot Lizze’s appointment.

Unfortunately, that’s not all we have going on either.

While Lizze is in her appointment and Emmett has to be at Akron Children’s Hospital, I have to have Gavin to Cleveland Clinic. He’s got an appointment with Dr. Moodley, his autonomic specialist.

This is a scheduled follow-up and nothing alarming but it’s a really important appointment for a number of reasons.  They will probably do some basic orthostatic testing and see where he is now, compared to where he was previously.

They may also do a follow-up for his epilepsy as well because it’s the same doctor. 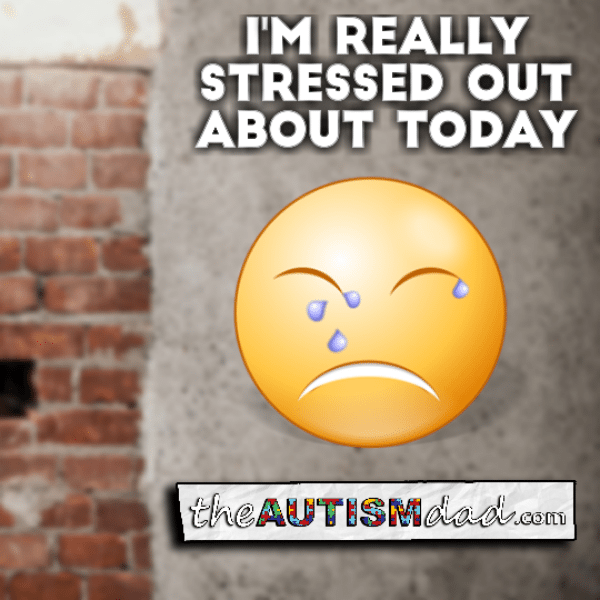 For those who are newer to our journey, Gavin has a very serious and incredibly rare autonomic disorder.  This alone, put him into the fragile health category and his lack of immune system just sorta sealed the deal.

There hasn’t been to much written about this on The Autism Dad Blog because he’s been relatively stable since pulling him out of school about two years ago. That being said, he’s been hospitalized many times for what they call autonomic crises, one time in particular, we almost lost him.

This is one of those things that can show up at any time and for any reason.  There’s no way to really predict it, although there are things we have learned to avoid.

He’s on a ton of meds for this and has to adhere to a strick fluid intake schedule.

It’s easy to get complacent because he’s been stable for so long now but that honestly doesn’t mean shit because a crisis could still hit at any moment. There’s no cure and no real treatment.

These appointments help us to keep things into perspective and remind us to remain vigilant.

I’m going to need a lot of pieces to come together, in order for me to make all this happen and it’s definitely going to be a day that I’ll be sick to death of driving by the end of it.  😁

Thankfully, since Gavin’s been more stable, the need for constant trips back and forth to the Cleveland Clinic isn’t currently needed. It’s a victory worth being reminded of.