A major announcement about getting back to my roots -

I’m pretty sure this is not a good thing

A major announcement about getting back to my roots


I’ve come to a really important realization, at least for me.

After having spent the last week rebuilding the Lost and Tired site so that my readers could use it as a reference to look back on, I’ve realized something.  My writing has changed significantly since retiring Lost and Tired. In some ways, these changes have been good but in other ways, not so much and here’s why.

Part of the reason that Lost and Tired was so enormously successful was because I was less inhibited in the way I approached things. 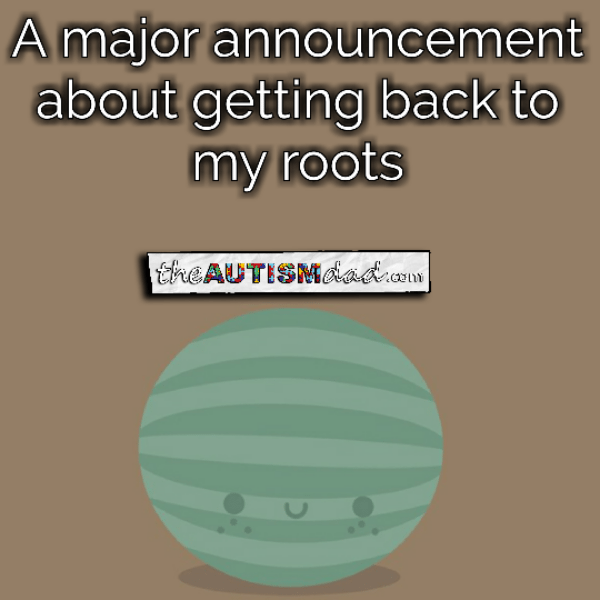 I didn’t care what anyone thought and that allowed me to express myself in a manner that was more true to who I am and less about finding balance.

Anyway, this is what I’ve decided to do going forward.

While it may come across as negative or depressing, I’m going to focus a bit more on my personal feelings about things, how they impact me and the manner in which I’m coping with them.

I want people to be able to relate because they sometimes feel the same things. I want to encourage people to open up about their feelings and not feel as though they are wrong for feeling them.

Neither The Autism Dad  nor Lost and Tired were ever meant to tip toe around political correctness.  Yes, there’s a great deal of depressing stories shared but to the people who are living in the trenches, these aren’t depressing but rather comforting because they know if they are not alone.

It’s going to be a learning process as I get back into the swing of things but I wanted to explain the direction I’m feeling drawn in.  I’m very motivated right now to sorta get back to my roots and my original mission.