Life is kicking my ass today -

A major announcement about getting back to my roots


Today is just one of those days where life weighs really heavy on my family.  Some people will get this and others won’t but that’s okay because not everyone has the same life experience to help put these things into proper perspective.

The boys were supposed to visit the dentist this morning and by boys, I mean Elliott and Gavin.  Neither of them are having any issues but they’re past due for a cleaning and I’m making a serious effort to get back on track in this area.

Unfortunately, I had to call and reschedule last night around 2:30 – 3:00am because Emmett was still up and having a rough time falling asleep.  I’m didn’t get to bed until around 5am and I knew there was no way I would be able to drive 30 to the dentist.

The other thing that factored into that decision was the fact that Gavin is knee deep inside of a psychotic break and the stress of going to the dentist would likely just make things worse. 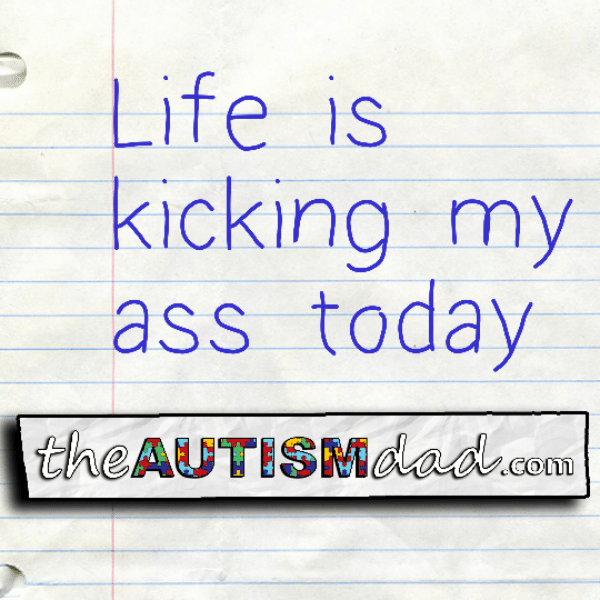 Putting anymore stress on a structure that’s already not up to code, is just asking for trouble and setting him up to fail.

When I got up this morning, Gavin was definitely not himself and I would classify his behavior as pretty fricking weird.  He’s spent most of the day in his room.

Elliott’s having a rough day for about a million reasons but that’s not really breaking news.

Mr. Emmett is just not feeling well.  He doesn’t have a fever but all he wants to do is snuggle, literally on top of me.

As for Lizze, she’s getting sick and is running a fever..  She let me sleep for a bit today because I didn’t get much sleep last night.  Now she’s laying down and I’m trying to get three kids dinner.  That’s so much easier said than done, again for a million different reasons but the bulk of them are sensory related.

Oh…. the icing on the cake is that a little bit ago, Emmett’s temporary filling fell out.  Now we’re going to have another out of town trip to get this fixed again.

Today just sucks and I’m so ready for bed……