Schizophrenic Hallucinations: Gavin opens up about his latest mission (video)  -

I was really really sick yesterday


I’m going to keep this short because I’m emotionally drained and wish things weren’t this way.  😔

We had another mission debriefing today after Gavin finished his IVIG Infusion last night.  If you’re tardy to the party, a mission debriefing is what I call it when Gavin tells me about the mission or missions he’s recently been on with his visibly challenged group of super best friends.

Gavin suffers from a form of Schizophrenia known as Schizoaffective Disorder. This is basically a blend of bipolar and Schizophrenia. 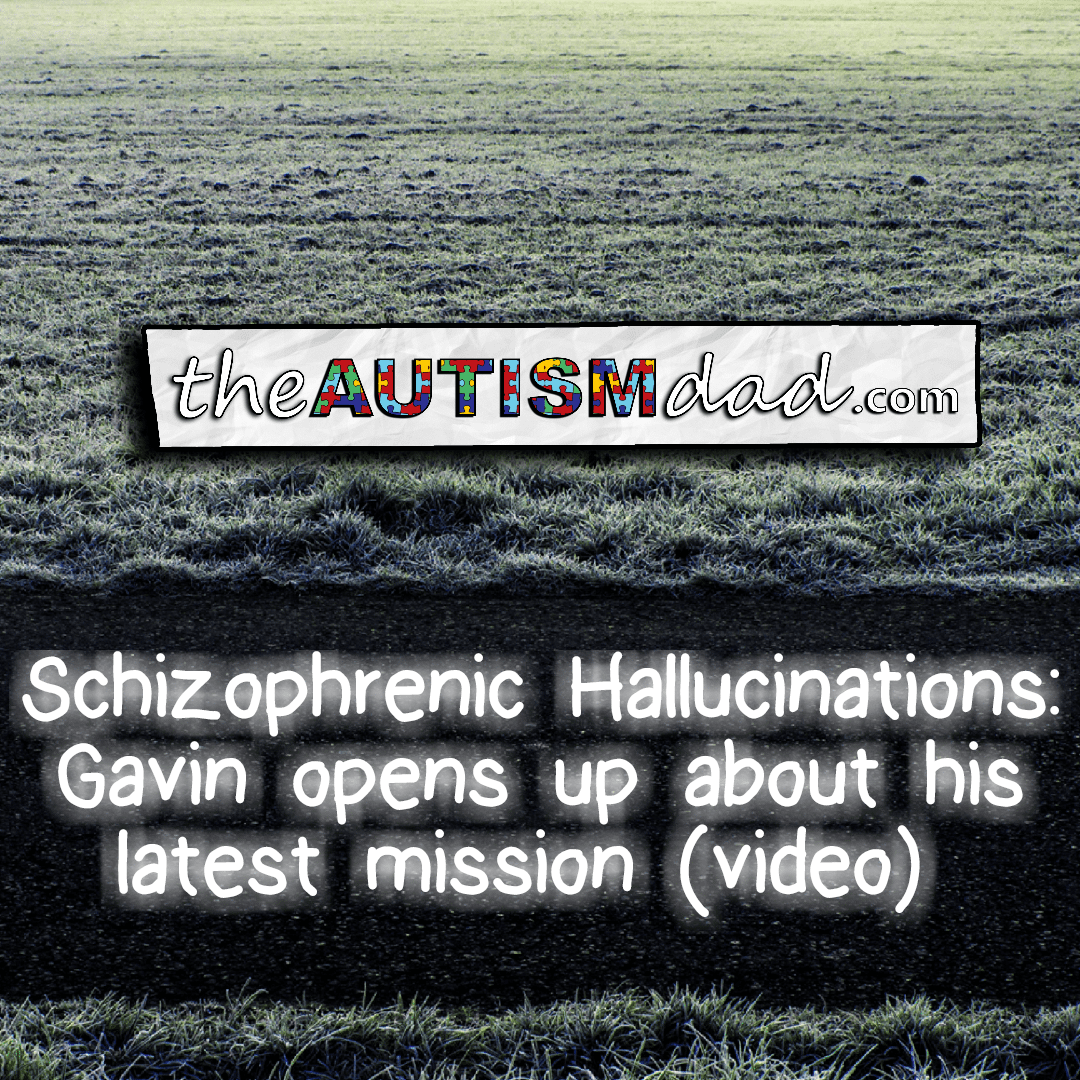 For the last few weeks (maybe a month), Gavin’s been in a psychotic break, which simply means he’s lost touch with reality. To put it even simpler, he can’t tell the difference between what’s real and what isn’t.

Gavin experiences audio and visual hallucinations when he’s in a psychotic episode.

..aside from the death threats he’s been receiving from Eggman lately and a bit more paranoia than I’m comfortable with, these have been relatively benign.

Gavin believes that he’s part of a super hero team consisting of himself, Sonic the Hedgehog, Tails, Knuckles, Buzz Lightyear and many other characters. They all live inside the the super robot head that used to be in his room but now I believe it orbits the planet.

They battle the evil forces of Eggman and Zurg.

Gavin believes that he’s the greatest hero in the entire Universe and so it’s his job to protect everyone in it. He’s always battling someone or something, in order to save a planet or capture a bad guy, so he can turn them over to the Galactic Alliance.

There’s been some really concerning missions over the years but aside from the death threats he’s been receiving from Eggman lately and a bit more paranoia than I’m comfortable with, these have been relatively benign.

Gavin is very open about these things with us and anyone else who’s willing to listen but he doesn’t talk about this around his younger brothers because it’s very confusing for them.

All things considered, Gavin handles this so well.  I admire his openness, courage and ability to still look out for his little brothers.

Anyway, this was today’s mission debriefing.

This is very simple video of Gavin telling me all about his recent mission and how I chose to handle hearing this.  It’s not easy because instinctively, I want to tell him these things aren’t real but isn’t reality a matter of perception?

I have to strike a balance between listening to what he has to say and not reinforcing that these things are real. Not easy…..