Sometimes I swear that life is out to bury us alive -

Congratulations Mr. Emmett, I’m so proud of you

The boys are having a really hard time sleeping tonight

Sometimes I swear that life is out to bury us alive


It’s been an exhausting day, full of repetitive questions, meltdowns and schizophrenic hallucinations. We also had a pretty awesome victory.

Emmett graduated from his Functional Independence Group after 6 weeks and I’m so proud of him.  I’m also very grateful that he was given the opportunity to attend this awesome pilot program by Akron Children’s Hospital.

That’s pretty much where the good news end because the rest is a mixed bag of good, bad and ugly. 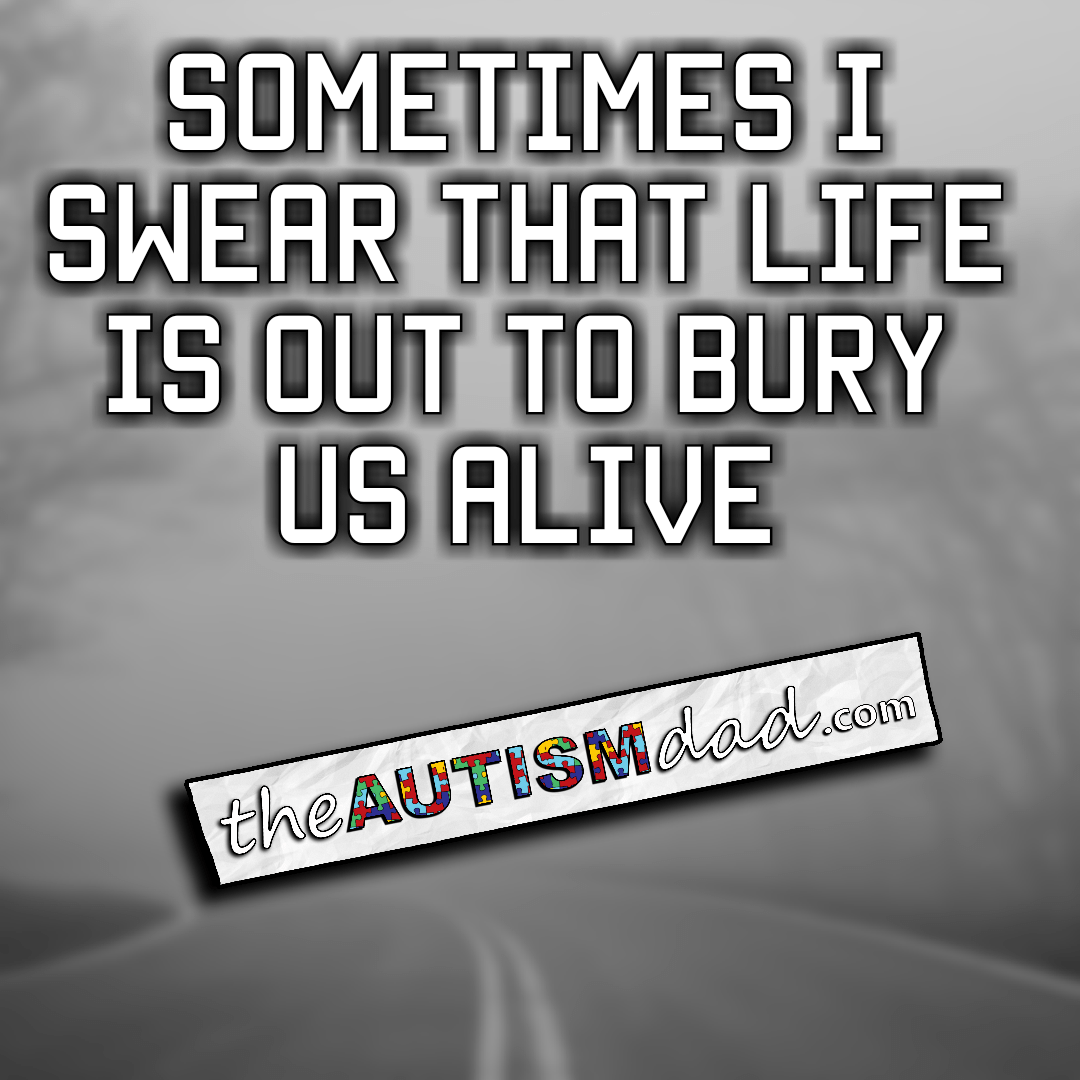 The rest of the day was spent listening to Gavin talk about his latest missions with his visibly challenged group of super best friends.  It’s not that I don’t want to listen to him but it’s really hard to hear this because it’s a massive reminder of how serious his mental health issues are. 🙁

Elliott is sorta stuck in this cyclical thought thing where he almost compulsively asks the same questions over and over again.

I know many of you deal with the whole repetitive question thing as well, so I don’t have to explain this to you.  For those who are unfamiliar or don’t understand, let me say with the utmost seriousness, that these repetitive questions could absolutely be used as a form of torture.  It’s like having water drip on your head and you are unable to move or avoid it.

It will very quickly drive you absolutely crazy and in case you’re wondering, I got a tour of downtown Crazy town today. I just got back a little bit ago. It overrated and you should probably avoid it if you can.. 🙂

That of course leaves the meltdowns.

Those shouldn’t really need an explanation because I think most of us have been up close and personal with more than our fair share of meltdowns.

The rest of the day had its ups and down.  Feeding Elliott and Emmett is becoming increasingly more challenging because they’re not tolerating many things lately. Everything tastes funny and it’s not something that can be worked out or reasoned through because it’s sensory and for all I know, something may have changed in the food they used to like.

I swear they can taste the slightest difference in their usual food.

Right now, frozen waffles are the goto food and thankfully both boys will eat them but of course, there’s they will only eat certain types and flavors.

I’m grateful that they’re at least eating something.

Let’s see what else…. Oh..  AEP came to shut off the electricity today and of course,  I didn’t have the money because that was one of the expenses that had to take a back burner when we needed to supplement our grocery budget. It’s actually not that far behind and they only wanted something like $88.00 but if you don’t have it, you don’t have it.

The guy was nice and in one breath was prepared to disconnect our power but he also made sure to say that he really liked our new steps. lol

We were able to get a medical cert in order buy us another 30 days until we can make the payment in the beginning of September.

Basically, if you have a medical reason that necessitates the need for power, your doctor can sign a special letter that will hold off disconnection for 30 days.  In our case, Gavin’s IVIG medications must remain refrigerated.

It sucks that we’ve fallen behind but at least I’m able to work it out. We’ve actually been doing pretty well and things will get better in a couple months when the boys SSI returns to normal.

In other news of the positive variety, we’ve been keeping up with the house. We haven’t really made any additional progress but I think being able to maintain all that’s be done already, is a big step in the right direction.  Frankly, I’m proud of everyone because we’re all working together to keep things caught up.

Oh…. Here’s another little nugget of good news.  I guess it’s more interesting than anything else.

You may not know this but The Autism Dad Blog just turned one year old this week. That’s a pretty big milestone and I have an upcoming post dedicated to that.

Like I said, it’s been a mixed bag today.  We’ve had good, bad and ugly but we’ve also managed.  Life hasn’t beaten us yet and that in and of itself is a victory because there are times I would swear that life is out to bury us alive.