Oops…. We overslept by a lot this morning


When I say that Gavin’s doing amazing, in many ways he is.  Especially, when you think about what living with him was like as recent as a year and a half ago. There’s really no comparison and I honestly don’t see how I could be any prouder of all he’s become.

Having said that, when I say that Gavin’s doing amazing, that doesn’t mean he’s not without his challenges.

Gavin requires a great deal of patience.  There are times everyday that he drives me absolutely crazy with his incessant talking about either food or video games.  I have to repeat myself constantly because struggles with memory, especially short term.

While his health has been mostly stable, that’s likely because of how carefully he’s monitored and how well he sticks to the protocols set forth by his specialist. Pure dumb luck plays a role as well.  There’s a large part of this that truly is just luck. 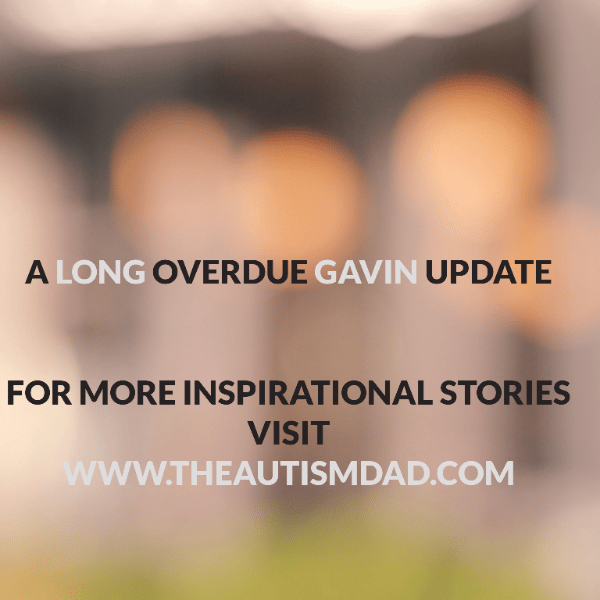 The reason I haven’t spoken much about the challenges involved in raising Gavin lately isn’t because there aren’t any.

The truth is that there is such a stark contrast between the Gavin that was and the Gavin that is. The difference is so profound that I honestly don’t always see these things as challenges, even though they really are.

Gavin can and does, very much wear me down…

Having said that, along with all the challenges associated with Gavin comes some absolute blessings.

Gavin is such a big help around the house.  He has such a big heart and is genuinely concerned about his brothers and myself.  He’s always asking if there’s anything he can do to help and I bet you he does so at least 30 or 40 times a day.

There are things that Gavin just can’t do and likely never will but it’s hard to even see these things in light of all he’s accomplished.  Gavin is displaying a level of independence that I never thought possible.  He’s showing genuine empathy and compassion for those around him until recently, no one thought that was possible.

I spend almost every minute of every day with Gavin and he’s so much fun to be around.

One of the things he’s loves most in the world is drawing and in honor of both his love of drawing and just how great of a kid he is, I’m going to be featuring Gavin’s artwork over the next 5 days.  He’s really excited to share his masterpieces with everyone and I am as well.

Gavin’s come such a long way and I for one am very proud of him and all he’s accomplished.

Such good news. Both of you deserve a lot of praise.

Thanks dot….. I really appreciate it.. ☺ Hope all is well with you and yours…

Such good news. Both of you deserve a lot of praise.

Thanks dot….. I really appreciate it.. ☺ Hope all is well with you and yours…