A MAJOR announcement and a few sidenotes

Progress has been made on the medication management front


Just so we’re all on the same page.  Gavin suffers from a form of Schizophrenia called Schizoaffective Disorder.  He’s currently in the midst of a psychotic break and living with both audio and visual hallucinations.

Gavin likes to update me frequently on his missions and what’s going on in his world’s. 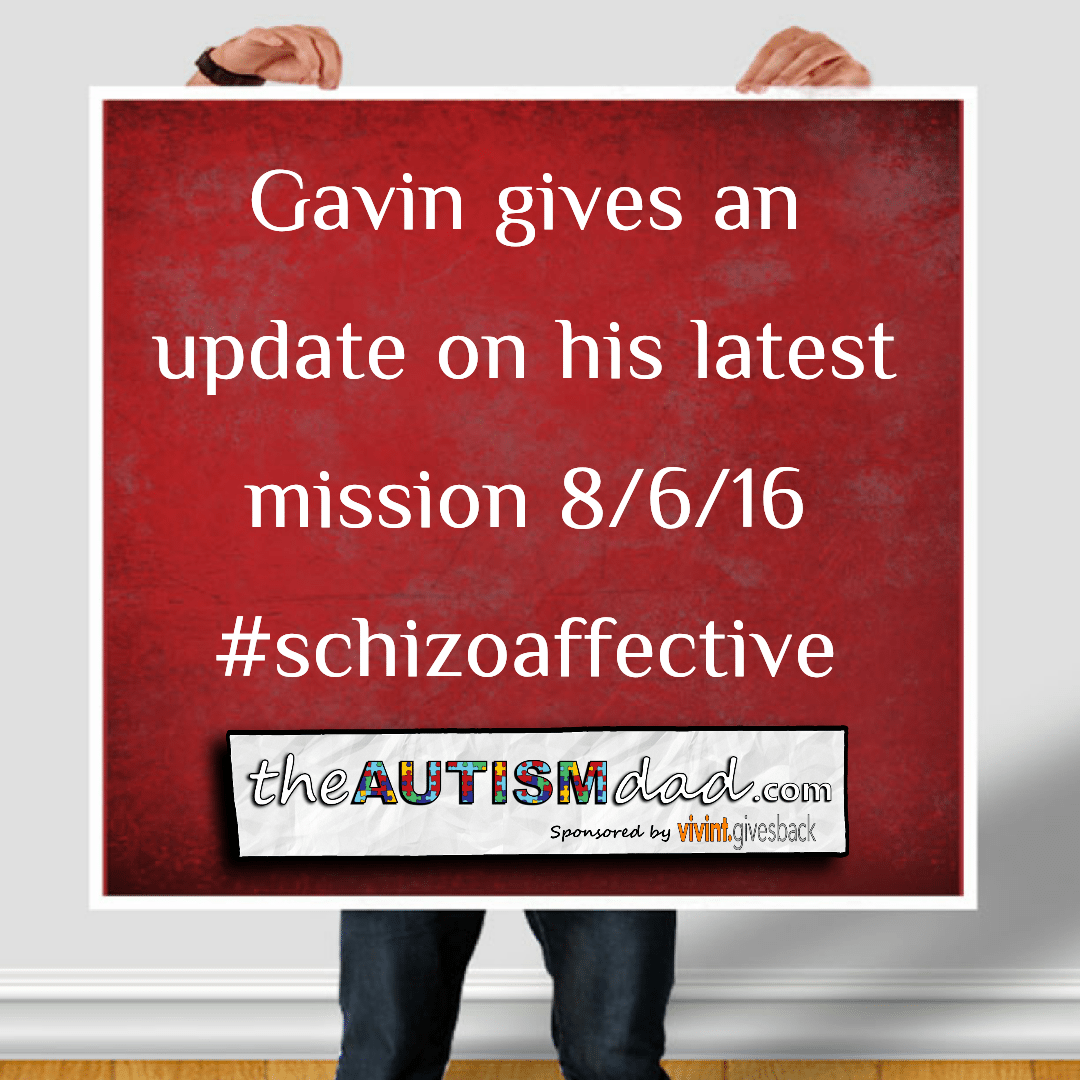 Gavin spends a great deal of time in what he calls worlds.There are many of them and he’s the ruler of them all.  He battles the evil forces of Eggman and Zurg with his band of visibly challenged, super best friends.

I refer to them as his visibly challenged group of super best friends for a couple of reasons. For starters, they’re his best friends, only he can see them and they’re also super heros.

I started using that phrase because I have to keep a sense of humor about all this or else be crushed by the reality of it.

I record these debriefings so I can show his doctors where he’s at. Gavin’s also aware that I share them on this blog for the purposes of providing insight into this rare disorder and hopefully raise some awareness along the way. He really enjoys sharing his adventures with anyone who’ll listen so he doesn’t mind.

During these mission debriefings, Gavin basically recounts his most recent adventure and keeps me appraised of the outcomes.

This is not just a kid with an overactive imagination.  These are full fledged hallucinations and they have been well documented for many, many years now.

Apparently Tails has been experiencing extreme bouts of violence and uncontrollable rage.  This is the result of something Eggman and Zurg have done to him.

Unfortunately, during one of these bouts of violence and rage, Tails ripped off Amiee’s leg.  Gavin didn’t provide details and I’m pretty sure that’s how you spell Amiee in this case.

All he said was that the injury was so severe that he had to give her a bionic leg.

You can see for yourself in the video below.  He explains this all in detail but it’s a little hard to understand because his speech has really regressed.

This current psychotic break has lasted for quite some time now and shows little signs of ending.  At this point, there’s nothing to be done other than watch him closely and make sure these hallucinations aren’t going to a really dark place.

Anyway, I just wanted to share an update on this.  I’ll probably have another video and update tomorrow if I get around to it. Gavin’s been very busy…..