Confessions of an #Autism Dad: I want to share this so you know you're not alone -

Gavin isn’t sleeping tonight because why not

Confessions of an #Autism Dad: I want to share this so you know you’re not alone


This is one of those posts where I talk about things that are bound to bring out the Monday morning quarterbacks but that’s okay.  The reason I share things like this is because I know I’m far from the only one struggling and it’s important to me that I remind those in similar circumstance, that they aren’t alone.

Today’s been one of those days where the consequences of decisions we’ve had to make recently, are realized. 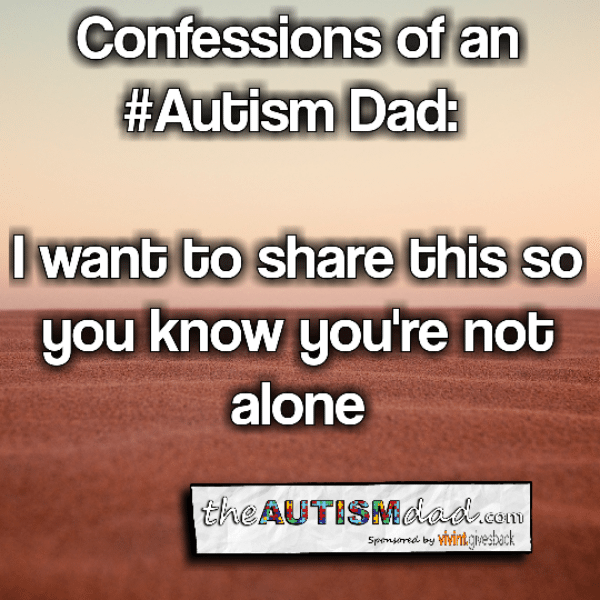 We had our Natural Gas shut off today.
Dominion East Ohio came out and needed $250 (which frankly isn’t that bad) and because I couldn’t pay it, they pulled the plug.

Am I proud of this? Absolutely not but I’m not ashamed either because I know I’m doing everything in my power to keep us afloat and believe it or not, things are actually getting better.

It’s no secret that we have a history of struggling. It’s just the way life is for us.  Sometimes things are better and sometimes things are worse. We have to play the cards we’re dealt and do the best we can to make things up on the back end.

The reality is that for the immediate future, things are going to be tougher because the boys SSI payments have been reduced because they claim we were overpaid. I don’t think we were but it’s almost paid off now.

While this is about $200 a month, it’s only temporary and in about two more months, it will revert back to normal.  That being said, $200 is still $200. This was a double whammy that I hadn’t planned for.

At the same time, our grocery budget was reduced by about $400/month as well and that really hurts.

The point that I’m trying to make is that we had to make a choice between food and paying the gas bill.  Food won out and the result was Dominion showing up today to shut us off.

All is not lost though,  because we are waiting on a medical certificate that will turn the gas back on for at least 30 days.  Unfortunately, they had to shut me off, even knowing the certificate was coming.

This means that once it goes through, they will come back out and turn it back on. Seems to be inefficient but it’s a fix and I’m grateful for it.

I want to make sure that you know that if you find yourself in a similar situation, you can ask your utility provider for a medical certificate to buy yourself some time to get caught up. Your milage may vary but there should be something like this in every state.  Please don’t be too embarrassed to seek this help if you need it.

Talking about these things isn’t easy or pleasant but it’s important none the less because without conversation, there can be no awareness.

Without talking about this kind of thing, people will go on thinking that they’re alone and that’s not something I can be okay with.

I also want to add that finding oneself in a position like this doesn’t mean that we are irresponsible.  It’s simply part of the struggle and we all face struggles in life.  As long as you’re doing the best you can, you have nothing to be ashamed of.

Never let anyone else tell you otherwise because they very likely couldn’t take five steps in your shoes.  ☺

Have you looked into heap? I also live in Ohio warren actually not too far away. They take your family size and income and will help with gas and electric if you qualify. With the kids having ssi you have a great chance of qualifying.

Have you looked into heap? I also live in Ohio warren actually not too far away. They take your family size and income and will help with gas and electric if you qualify. With the kids having ssi you have a great chance of qualifying.