Gavin isn't sleeping tonight because why not -

Confessions of an #Autism Dad: I want to share this so you know you’re not alone

Gavin isn’t sleeping tonight because why not


Emmett is sleeping, as is Elliott.  One would think this super awesome turn of events would see me finally getting some sleep. You would be wrong and here’s why.

On a night when Emmett finally falls asleep before midnight, Gavin decides that he’s not going to be able to sleep now. Obviously, Gavin isn’t choosing to do this, it just sucks that he is unable to sleep, especially since Emmet and Elliott both, are sleeping.

I’ve no idea what’s going on with Gavin but frankly, this is unusual for him.

The poor kid is really frustrated and there’s not a whole lot we can do to help him. I will say that I think it may have something to do with the horrible dream he had on Wednesday night.  It was pretty bad and I’ll share more on that later….

I’m praying he falls asleep because we have a busy day and I need to sleep. 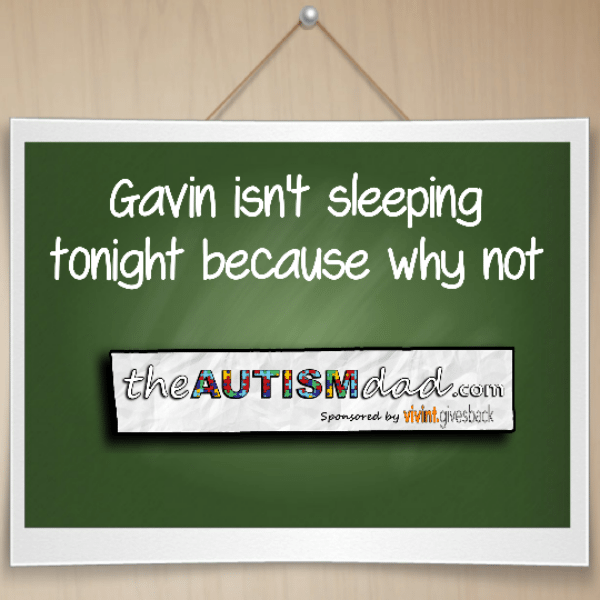