No alone time for me today but that’s okay


No one was super motivated this morning. The boys were hoping for another day off of school and frankly, so was I. It took a little bit to get them moving this morning but they did pretty well.

Lizze is having a tough time moving around this morning, courtesy of the storm front that moved in last night.

Elliott went to school having completed all his homework and I know he felt good about that. To be honest, I felt pretty good about it as well.

On the way home from dropping the boys off at school, Gavin and I hit the track and walked at a good pace for 30 minutes. As soon as we arrived home, we began premedicating Gavin and preparing for his IVIG infusion.

At present, we’re waiting for Gavin’s infusion to finish.  His medications are kicking in and he’s really tired but won’t sleep with needles in his belly.

I hope your day is going as well as expected. 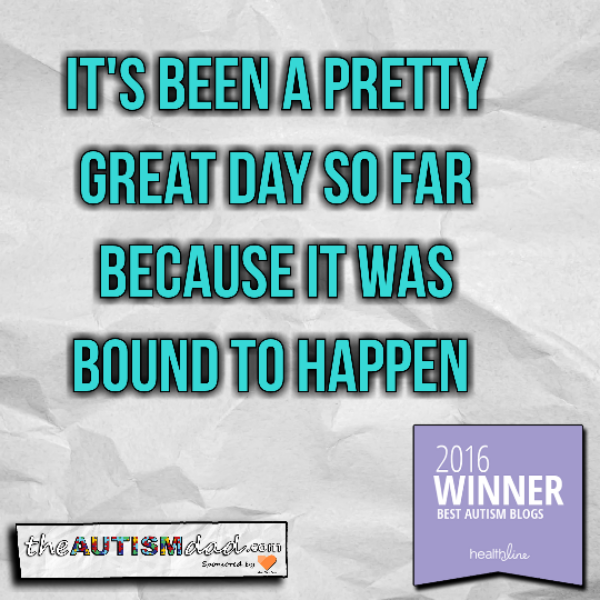