This morning was all about the bloodwork


Gavin’s been really sorta out there, even more so than normal. He’s wanting to update us as to what’s going on in his world, much more often than before.

I don’t have the ability to adequately express, just how exhausting, demoralizing, heartbreaking and overwhelming it is to constantly hear about all the things he’s doing.  It’s a constant reminder of just how bad the situation is and how powerless we are to help him.

Anymore, I’m having to tell him that I can’t listen right now. I don’t know what else to do because I can’t take any more.

Lizze and I try to take turns listening, so the other gets a break but Gavin likes to tells us both at the same time. This has become what feels like a compulsory exercise for him. When he asks to update us and we tell him not right now, he will ask a few minutes later. I don’t think he remembers that he had just asked. 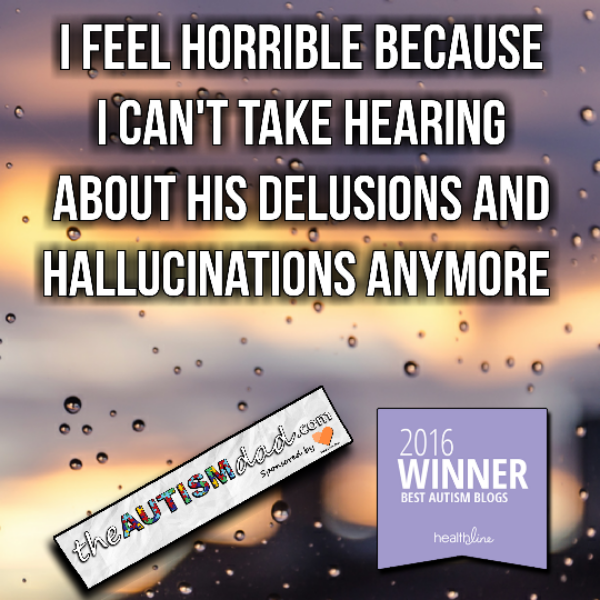 This really just sucks the life right out of us.  When he’s done telling us everything he wants/needs to, I feel depressed. I’m already depressed to start with but I can feel a noticeable change, after having listened to him talk about all this stuff.
This is such a difficult situation and unfortunately, there’s no playbook for this.

I just want to close my eyes and not worry about what the next day is going to be like or whether or not I’ll have the patience I need, in order to sit and listen to him throughout the day.