Major Update: It's so hard to tell if Gavin's meds are working -

You’re not as bad a parent as you may think

The Lighter Side of #Autism

Major Update: It’s so hard to tell if Gavin’s meds are working


It’s been a few days since Gavin’s Clozapine dose has been reduced back to 600mg and I’m not entirely sure if it made a difference.

Lizze and I were talking about this last night because we were trying to figure out if anything had changed. Sometimes it’s really tough to tell if anything changed. Here’s where we stand for now. 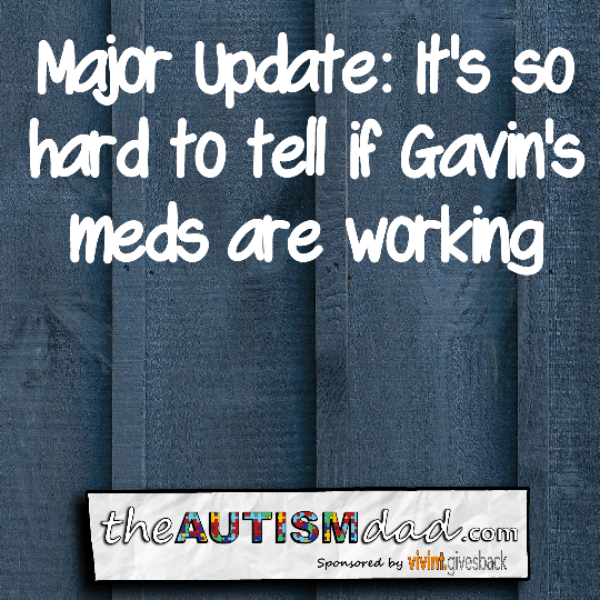 The concensus at this point is that while he was on the 800mg for a week or so, the bladder issues were significantly worse and very debilitating. At the same time, we heard a little less about his missions but they were still going on.
It’s so hard to figure these things out because realistically, while it’s totally possible for the side effects to go crazy (which they clearly did), the odds of the increased dose actually helping him inside of the first week is just not plausible.

Being objective is really difficult when you’re so close to the situation.

The truth is, until enough time has gone by, I don’t know that we’re gonna know anything for sure..

To make things even more confusing, we will begin increasing his dose again next week and continue doing so for the next four weeks.

This means for the next four weeks, there’s going to be changes being made to his meds and we will likely see things that will make this whole thing even more confusing.

It’s a process. It’s exhausting. It’s a means to an end…