Adjusting Gavin's Clozapine has just traded one problem for another -

Here’s my morning so far

Adjusting Gavin’s Clozapine has just traded one problem for another


Gavin seems to be doing okay today so far. He slept most of the morning but afterwards all he wanted to talk about were his missions. It seems that dropping down on the Clozapine was a tradeoff.

On one hand, he seems to doing a tiny bit better when it comes to bladder stuff, although he had a really hard time during his infusion yesterday.

On the other hand, he’s back to talking about his missions, which seemed to have slowed down a bit on the increased dose. Frankly, this is really subjective because one day he can seem to do better and the next it’s worse than its ever been before.

If anyone tells you that being an Autism or special needs parent is easy, ask them for some of whatever they’re smoking because they’re likely smoking something.

My life is constantly a physical and emotional rollercoaster that I can’t seem to get off of. Sure, it’s a fun ride but sometimes you need to just climb out of the cart and step away from the madness. 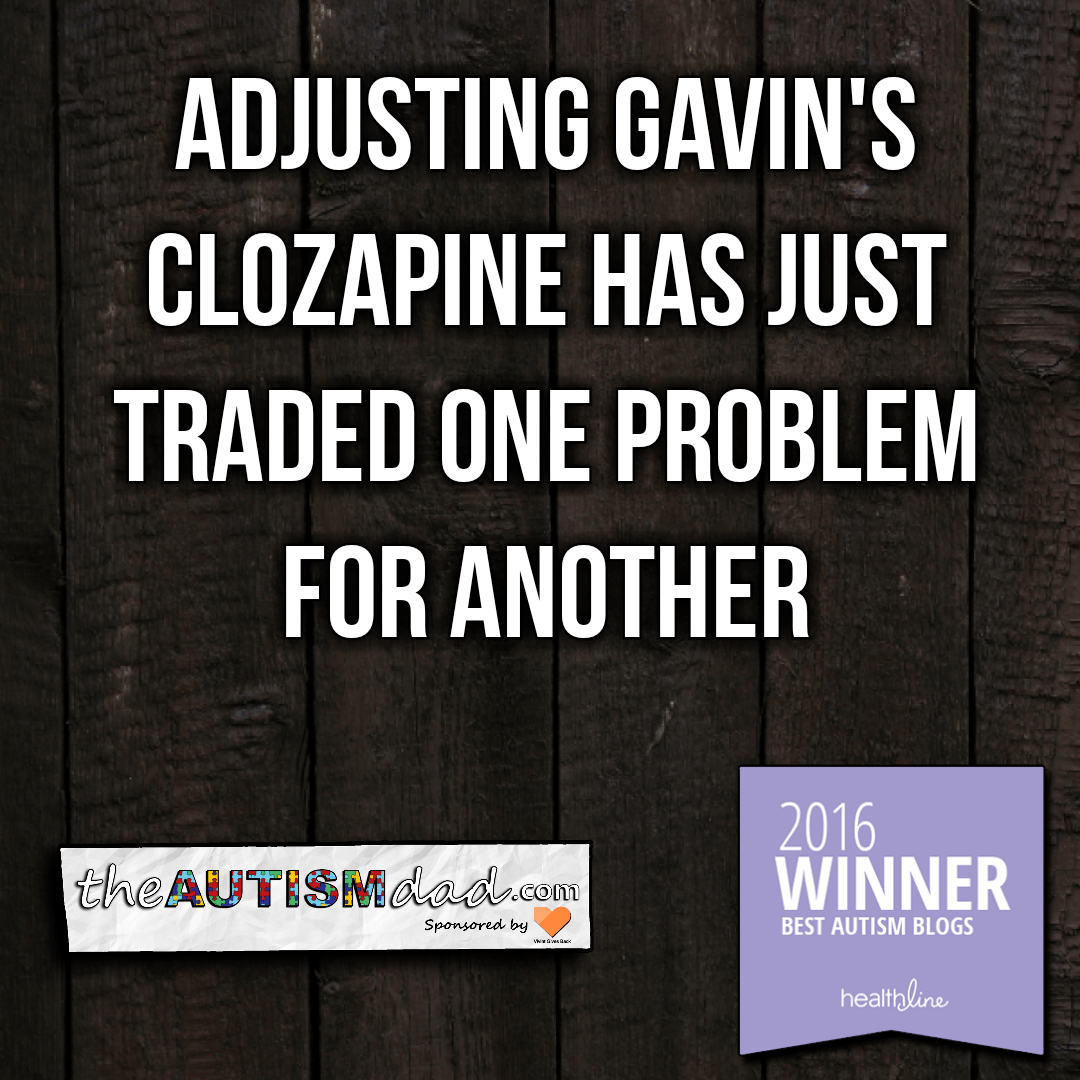