I spent the evening infusing donor antibodies into my son -

I spent the evening infusing donor antibodies into my son


It’s Monday and that means yet another IVIG infusion for Gavin.

Tonight’s infusion went pretty well. Per his usual routine, he and I played Minecraft while he was getting his treatment. It usually takes anywhere from one to three hours. 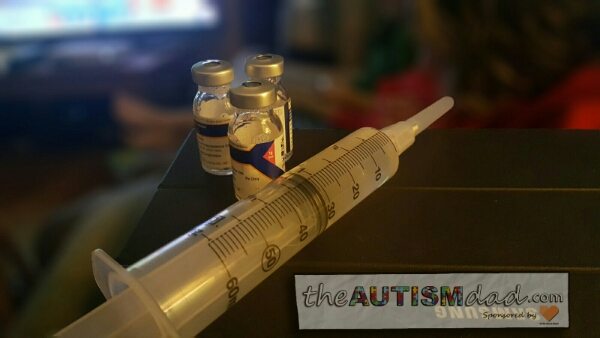 In order for him to survive, he receives what’s called IVIG twice a week. This is infused via needles placed in his belly.
It’s not a pleasant experience for him but it beats the alternative and frankly, Gavin handles this like a total fucking boss. I have so much respect for this kid and I can honestly say that he is truly an inspiration to me.

Anyway, we’ve been dealing with unpleasant side effects lately but tonight’s infusion seemed to go pretty well and aside from his stomach hurting both during and after the procedure, he seems to be side effect free tonight.

A successful infusion is always a good thing. ☺