How my son is driving me crazy -

It’s not as bad as it was

A lengthy and important update

How my son is driving me crazy


I’m going to be very honest. Gavin is driving me absolutely crazy today. It’s not his fault but his behaviors are just getting under my skin today. There’re a couple of newer things that seem to be problematic for him and they do seem to be of a more frustrating nature for me personally.

Of course, we have the typical incessant talking, bragging about his superhuman abilities and how he’s saved the universe again. These things take a toll on me after awhile, especially when I’m already stressed out a million other things.

There are some newer things that he’s doing or rather not doing that are adding to the mix. 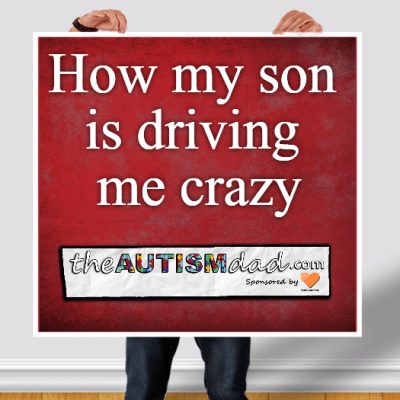 He’s doing things like leaving the freezer door wide open after taking something out of it. He’s putting dirty dishes into the clean dish strainer and is no longer making sure his brothers aren’t around when he’s rattling off the details of his latest missions. That in and of itself is very unlike him.

Coordination issues are becoming more and more of a problem for him but no matter how many times I tell him, he still runs up and down the steps. Why is that a problem? Because he keeps falling and hurting himself.

One of the newest things is that he’s got a very tender area behind his left nipple. Guys  get this during puberty sometimes and it’s just hormones but he’s convinced it’s a tumor. We’ve explained that it’s not a tumor but we’ll take him to see his pediatrician, just to be sure.

That in and of itself isn’t a problem but here’s what is. Every five minutes he’s banging his nipple into things and then complains because it hurts. I totally get that it hurts because I imagine it does but the things he’s hurting himself on are pretty bizarre.

He was exiting the bathroom and came downstairs in pain because he banged his nipple into the plunger on the bathroom door. The plunger is what slides into the striker plate, holding the door shut until someone turns the doorknob. It’s also at the same level as the doorknob itself, which for Gavin is about waist high.

He claims he never fell, which is good but that still begs a really simple question. How in the Hell does he bang his nipple on the plunger of a door when his nipple should never even come into contact with it in the first place. I mean, I’m pretty sure you’d have to really, really try to make something like that happen.

There have also been a few times where he’s scraped it [his nipple] across our mantel as well. I can see that happening easier, especially for him but that’s still not something that should happen as often as it’s happening.

Again, none of this is really his fault and I’m not angry with him at all. I’m just frustrated because of how exhausting it is to keep up with him anymore. Some of the issues truly seem ridiculous and I don’t know how he even manages to hurt himself in the ways he does.

I’m hoping to just sorta make it through the rest of the day and start over again tomorrow. I doubt tomorrow will be any better but at least it’s a clean start and I can hopefully go into it a bit more refreshed and ready to tackle the day.

Sometimes all we have is the simple fact that tomorrow is a new day.

Truer words have never been said.. My wife and I have always told our boys at the end of each day, especially the more difficult ones, over done with gone.

I wonder if putting a big bandage over his tender area would help? Even psychological help would be nice.

I wonder if putting a big bandage over his tender area would help? Even psychological help would be nice.

Sometimes all we have is the simple fact that tomorrow is a new day.

Truer words have never been said.. My wife and I have always told our boys at the end of each day, especially the more difficult ones, over done with gone.