UPDATE: Gavin was in the hospital today and here’s what happened


Yesterday was a tough day for me on many levels. I experienced intense feelings of fear, panic, disbelief, frustration, exhaustion, anger, resentment and lots of guilt.

The long day turned into a long night because Elliott woke up in pain and I’m pretty sure it was the result of the way he was sleeping.  He felt better after moving to the couch and falling asleep while I played with his hair.

Having barely survived that, I was so incredibly thankful for how well the morning went.

The boys were slow to get moving but once they did, the morning went well. 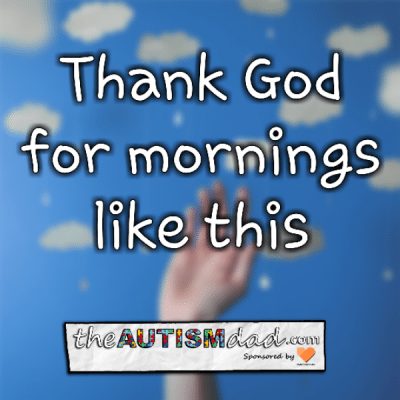 Emmett did his crocs and socks without much problem because he knew that once he got to school he could put on the super fuzzy slippers I bought him last night. I don’t know how long we’ll succeed in this latest endeavor but you better believe I’m gonna take what I can get.
Even one morning of him being able to wear his shoes and socks is worth it.

Mr. Elliott was back to normal this morning. Changing up where he was sleeping made a difference because it forced him not to lay in the position that had caused him pain in the first place.

The only reason we were even mildly later than normal to school was because of the snow and ice covered roads…. ☺

I’m super proud of my kids. They did awesome this morning and I’m glad it was such a great start to the day for all of us..