Reflecting on this past weekend has taught me 3 things -

Reflecting on this past weekend has taught me 3 things

The four day weekend is almost over and we have lived to tell the tail. 🙂

All joking aside, it seemed like a longer weekend than it actually was. The boys were the boys and that’s not a bad thing. They were all challenging at times but I have great memories with each of them over the past four days.

What challenging typically means for me is exhausting. This weekend was exhausting even though we didn’t go anywhere.

It was exhausting listening to Gavin and constantly trying to stay at least a few steps in front of him. It was exhausting trying to get the two youngest to eat what we bought at Aldi’s. I would say that in most cases, we were unsuccessful in making Aldi’s work for the two youngest. There is a significant difference between chicken nuggets from Aldi’s and the Tyson chicken nuggets they are used to. 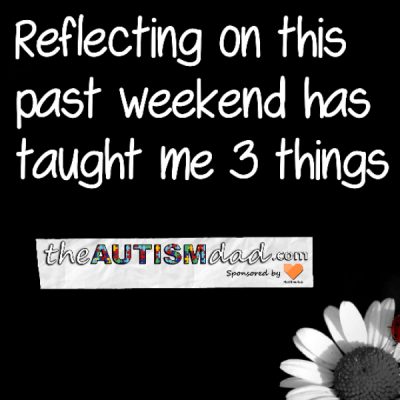 While the above wasn’t necessarily super awesome, it didn’t define anything for me.