#Autism Parenting - Did you know it's okay to be frustrated with your kids? -

This is why I get so frustrated

#Autism Parenting – Did you know it’s okay to be frustrated with your kids?


When you’ve been an Autism parent for as long as I have (about 17 years), you learn a thing or two. Most of the time, those things learned were learned the hard way, but they were all valuable lessons nonetheless.

Something I want to talk to you about today has to do with how we react to the insane amounts of stress associated with being an Autism parent.

There are few things on this planet that can equal the challenges of being an Autism parent. Many people don’t realize that Autism parenting is often constant. It’s 25/8/366 and it remains this way for the duration of our natural lives. Many of us will never know empty nest syndrome or what it’s like to not have to constantly worry about what will happen to our kids if something happens to us.

Life as an Autism parent isn’t easy. It’s not without its rewards but it’s not easy. 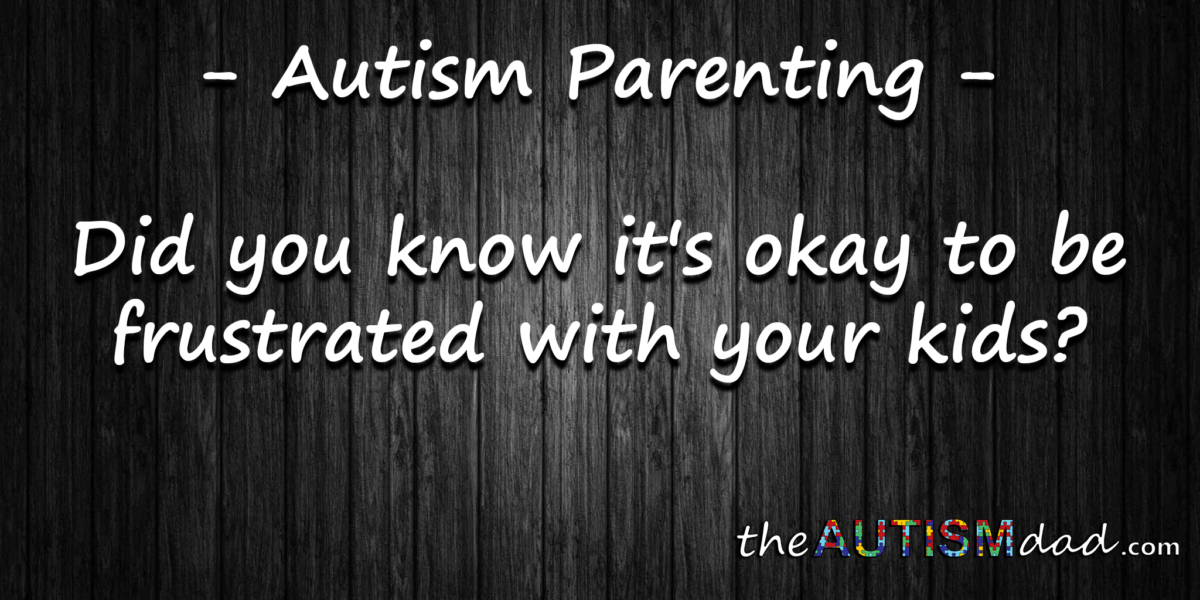 One of the things that I struggled with at first and still do on occasion, has to do with feeling frustrated with my kids. Let’s be honest, what parent doesn’t feel frustrated with their kids at some point.