Living with #Depression is a war, not just a battle

My major back injury

Living with #Depression is a war, not just a battle


I wanted to take a few minutes and share what I consider to be a major milestone in how I’m managing my Depression. Depression has been a part of my life since my early teens and will likely be an indefinite part of my life.

While Depression is a consistent part of my mental and emotional health, how I choose to manage it can change from time to time.

The three most important parts of managing Depression involves therapy, medication (if needed) and exercise. Everyone is different but generally speaking, the three pronged approach tends to be the best fit for most people.

I’m not like most people and things like talk therapy, have never really been that effective for me personally. My weapon of choice has been medication and exercise. It seems to have been a successful approach for most of my life but I’ve recently made a change. 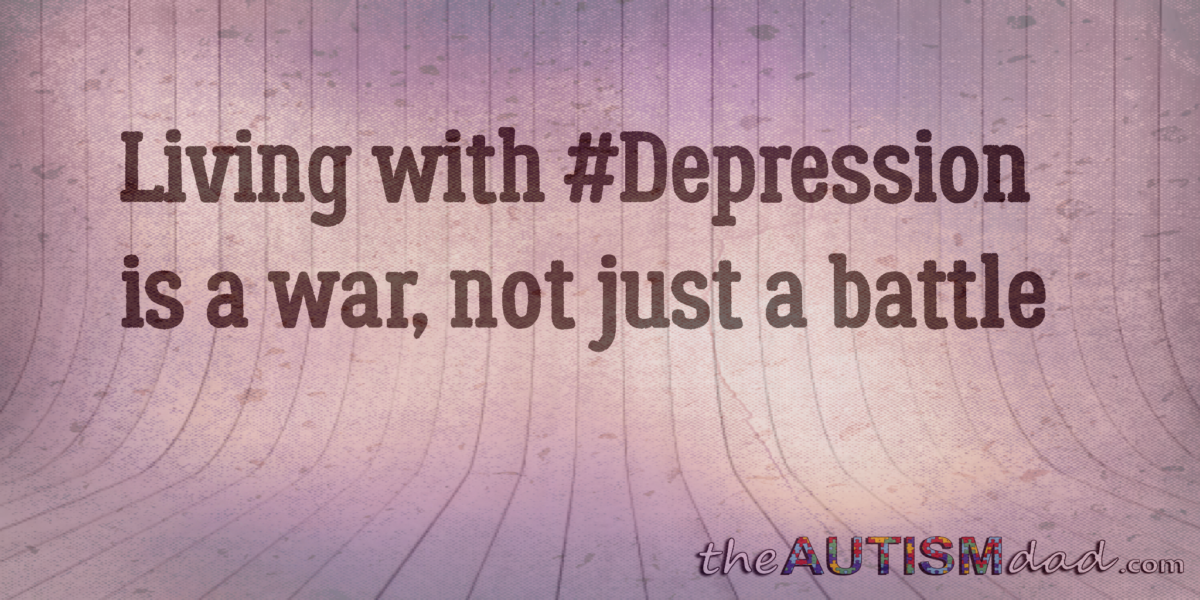 After talking to Lizze, my primary care physician, and the therapist I talk to when I need to, I decided to remove the antidepressants I’ve been on for at least the last five or six years. I finally got tired of the side effects and decided to take a most natural approach to treating my Depression. I’ve spoken about that many times, so I won’t go into that tonight.

What I want to share is that I’m approaching the end of my withdrawal from Paxil. No one tells you when a medication like Paxil is started, how horrible it can be to withdrawal from.

I’ve been withdrawaling from Paxil (under medical supervision) for roughly seventy-five days now. I have about a week and a half left before I can officially declare myself Paxil free. By the time I take my last dose, it will have been a ninety day process.

Things were really rough in the beginning and I was incredibly sick from withdrawal effects but I’ve been using my Fisher Wallace Stimulator and it’s made all the difference in the world. Since using this device, I’ve been able to avoid the horrible side effects from coming off of Paxil, while managing my Depression related symptoms naturally.

I’m excited to be this close to the finishline. ☺

My war with Depression will likely never end, but that doesn’t mean it has to control me. The idea of managing Depression is basically learning to live with it. Medications can help tremendously, as does counseling and positive lifestyle changes like increasing exercise.

What’s tricky when it comes to Depression is that it doesn’t want you to live with it. It wants to control every aspect of your life, influence your decisions and cloud your judgment.

I have always referred to my struggle with Depression as a was and not a battle.

When it comes to Depression, many battles will be fought. Some battles will be won and others lost. I think of it as an ongoing war because if I happen to lose a battle, I know it’s just one battle. I can pick myself back up and prepare for the next one.

In the twenty years I’ve been warring with Depression, I’ve lost my share of battles but I’ve won my share as well. ☺

If you are warring with Depression yourself, or you think you might be. Talk to someone. Don’t suffer in silence because there is help out there and you are far from alone. ☺