Come see what Gavin did because I'm so stinking proud :)  -

Come see what Gavin did because I’m so stinking proud :)


We’ve had a pretty good day. Gavin did really well at speech today.  In fact, he kicked ass. How can someone kick ass in Speech Therapy? Check this out…

Gavin was given an assignment and that assignment was to write a game review of his favorite video game. 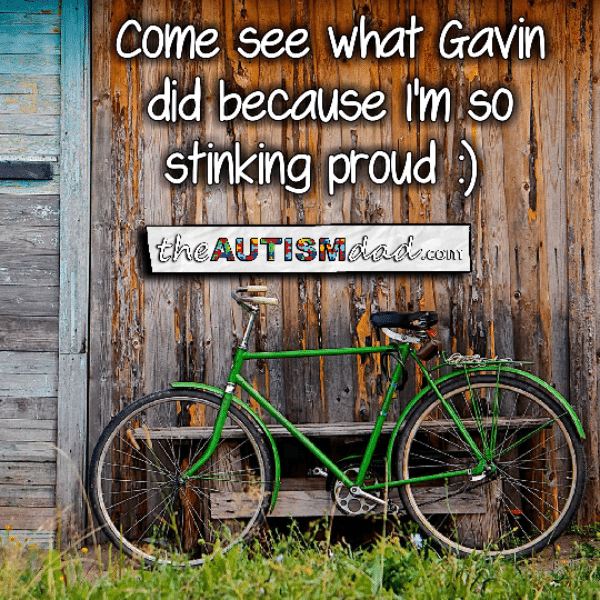 Physically writing with a pencil and paper is really hard for him and so I suggested to his therapist that he type it in Microsoft Word on his tablet. She agreed that became the game plan for this task.
The way I see it is that as long as he can type his words, that’s pretty much all that’s required anymore.  The important thing was that he create the original content and translate it into something that could be read by others.

He did just that and this is what he wrote:

Age of empires world domination is the game of empires building and conquest where you choose between nine different civilizations, build your empire  and dominate the world. Start with a simple  villages manage your resources and turn it into a empire. Control legendary heroes King Arthur  and Joan of Arcadia. Build your army to dominate the world  and other players.

Resources involve wood, rock, gold, and food while using  these resources to build  and upgrade  buildings train units advance to new ages. But manage them wisely or else things won’t go the way you want them to. Advancing will not only give you  new units but you will also earn new technologies as well. But the most interesting thing you can do is evolve multiple civilizations as you want.

This was something he did completely on his own. I know it’s not perfect and we need to work on punctuation but he did this on his own.

Gavin’s been wanting to write game reviews and publish them here on this blog.  I think that’s an awesome idea.  There’s nothing that says he can’t turn his love of writing into something that can help him support himself.  That could also help him gain independence.

He’s going to be working on another review and I’ll be sure to share that when it’s done.

I just want to say how proud I am of Gavin because with all the many challenges he faces, doing things like this can be a frustrating process but he never gives up.  That says so much about him..  ☺

Gavin is such an inspiration to me because he always has a smile on his face no matter what’s going on in his life.  He’s always wanting to help out and does the very best he can to be a good role model for his brothers.

He’s come such a long way and is growing in a fine young man.. ☺