We’re at the shrinks office

It all comes crashing down


The appointment went pretty well with Gavin’s shrink this afternoon. It probably goes without saying that Gavin did a good job while he was there.

As I mentioned in the previous post, this was supposed to be a med check and nothing more. I also mentioned that I can never know for sure because it’s Gavin and everything about him is fucking complex..

Let me get right to the point. 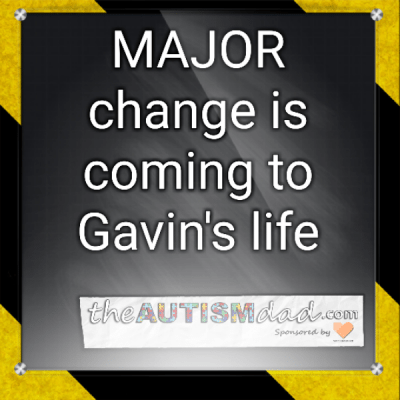 Gavin’s rather significant level of confusion might be related to the fact that he has childhood disintegrative disorder. Frankly, that’s what I’ve thought and sorta run with. As it turns out, the confusion may me related to his Lithium or rather the Lithium/Clozapine combination.
As a result, we’re doing something we never done before and that’s begin to wean him off of the Lithium. Dr. Reynolds is concerned that the Lithium in combination with the Clozapine, might be what’s causing his high level of confusion.

Beginning today, Gavin will only receive 450mg per day and that’s down from 900mg per day. There has never been any adjustments to his Lithium since he’s been on the 900mg dose and that’s been the better part of a decade.

The hope is that the Clozapine will manage the schizophrenic and bipolar symptoms on its own and we can completely remove Lithium from Gavin’s life.

We have no idea how this is going to play out and it’s a major change but one that will hopefully increase the quality of his live.