An important update on Ruby, our cute little Chorkie

Here’s how I’m dealing with our broken down car

We had a break-in last night

An important update on Ruby, our cute little Chorkie


This is a short but interesting update, dealing with how Ruby is doing since Maggie passed.

We’ve had animals pass away before and there’s almost always a change in those that remain. When Cleo died last year, Blue (our only remaining cat) became much more outgoing than he’d been previously.

When Maggie died a little over a week ago, Ruby didn’t seem too impacted, at least in a negative way.

She refused to eat at first because we had her trained that Maggie went first. It took some doing to undo that. That was really biggest thing we noticed at first. 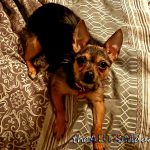 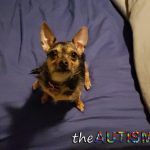 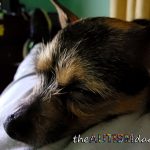 As time has passed, Ruby seems to be coming into her own. She’s more relaxed and confident since she’s been the only dog. When we come home, she quietly waits for us to let her out of her kennel. Previously, she would freak out because Maggie was freaking out.

We’ve also noticed that she’s doing really well in the house broken department. I think she’s had one accident and that was our fault.

I guess no matter how well Ruby and Maggie got along, there was still competition. Now there isn’t any and she’s doing really well. I’m hoping this trend continues and we can get into a groove with her.

While we’re all heartbroken over Maggie, Ruby doing so well is something we can all appreciate. ☺