Anything related to food is so stressful for my #Autism family  -

I’m so overwhelmed by these newer behavioral problems


Between food allergies, sensory issues and a really modest budget, the whole topic of food is something that is a major source of stress and anxiety for me.

There used to be times where I could make one meal for dinner and everyone would eat it, for the most part anyway.

As the kids have gotten older, things have come into play that weren’t planned for.  Things like food allergies for one. That was a huge deal until we gained some experience with that. 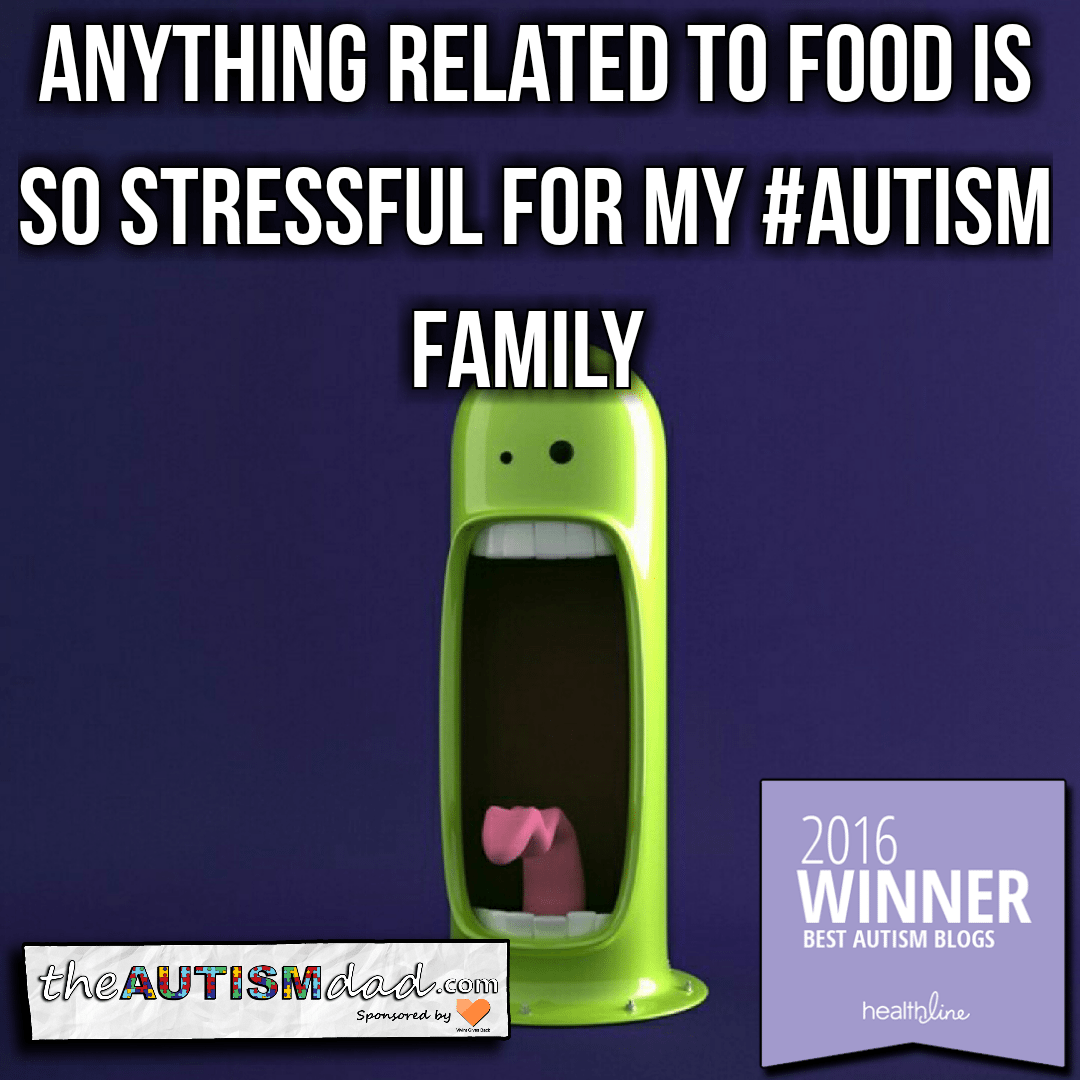 The other more difficult thing is related to sensory processing issues and that centers around the two youngest.
Both boys are so sensitive when it comes to food, especially Emmett. Things that will prevent them from eating something could simply be its color, smell, shape, the packaging it comes in or whether or not it’s come into contact with other foods.

I’ve become so accustomed to making multiple meals for dinner and often doing that multiple times because of some perceived imperfections but sometimes it’s really hard for me to cope with.

This goes way, way, way beyond being a picky eater.  In fact, these things are profoundly different and aren’t even in the same universe.

A picky eater will eat when they’re hungry enough.  An Autism and sensory kid will literally starve themselves if a food isn’t sensory friendly. I’ve talked to so many familes who’ve struggled with this very issue and it’s resulting complications, the biggest of which is probably weight loss or failure to gain weight.

It’s a truly awful experience because there’s no reasoning through something like this.

Tonight, I made three different meals, only to be told afterwards that two of them weren’t hungry. That’s what they usually say when something isn’t right, in regards to the meal in front of them.

It’s important to me that I always remember that this isn’t their fault and it’s way more frustrating for them than it is for me.

Feel free to chime in with your personal experiences in this area…. ☺