Now that we’ve discussed the good and the ugly, it’s time for the bad.

The bad began very early in the morning with Emmett and his shoes/socks. It took forever to work him into them, so we could head out the door.

The meltdown was significant and had a lasting impact on all of us, especially poor Emmett.

Perhaps the worst part of the bad from yesterday is in regards to Elliott.

One of the errands we had to run was getting the boys haircuts. We were finally able to convince Elliott to get his hair cut shorter. While his hair looks really good now, it ended up being shorter than he’d wanted.

Rather than take it in stride, it controlled him for the rest of the day. 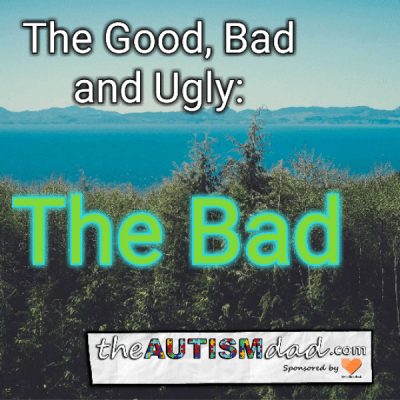 He said a great many things that have me concerned. When we got into the car after the haircuts, Elliott pulled his hood up and wouldn’t take it off again until we convinced him to loose the hoodie at bedtime. Instead, he went to sleep in a winter hat.
Elliott is so upset about losing his curls as he puts it, he feels hideously ugly. He also began talking about how no one ever noticed him at school and he feels invisible.

I’ve no idea where that all came from. Maybe he was just upset and didn’t really mean any of those things? Maybe his identity was wrapped up in his long hair? Whatever the reason, he’s not going to move passed this easily.

I’m praying that things are better in the morning. For the record, his hair looks amazing but right now, he doesn’t see that.

As I’m thinking about it, this should have probably been included in the ugly because of how negatively this has impacted Elliott.

As far as I know, Elliott’s a popular kid, especially with the ladies.. I don’t know why he feels unnoticed but that’s how he says he feels and we take him seriously.

Hopefully, the morning will bring with it a sense of peace for my very, sweet and sensitive Elliott… ☺