The Good, Bad and Ugly: The Good -

The Good, Bad and Ugly: The Ugly


Now that we’ve talked about the ugly and gotten that over with, let’s balance things out with the good.. ☺

I’ll begin by sharing that the boys both had amazing days at school. Elliott lost a point and ended up having a green day instead of a teal day, whatever the fuck that means. Green seems like it would be a good color.

Either way, it was a good day.

After the boys got home and I was feeling better, we ran some errands and went to CiCi’s Pizza for dinner as a family.  That doesn’t happen very often at all and it was really nice.

The absolute highlight of my day took place after we got home from dinner and the errands we had to run.

Emmett has a report due on Friday and he’s been super stressed out about it. I’ve actually been meaning to write about this because of the major struggle we’ve been having in regards to assignments like this. Maybe I’ll write that later today. 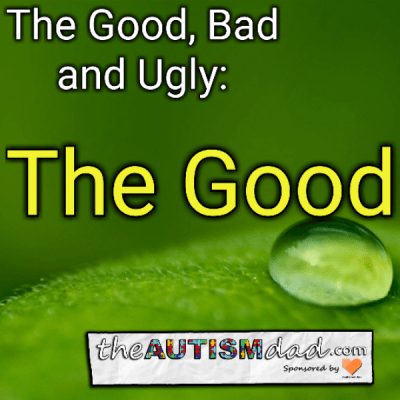 Anyway, he was supposed to write a few sentences, sharing what he likes most about Winter or being in the snow. His teacher told me that he could just type it up and email it to her.
Emmett and I sat down in front of my Tab Pro S,  Windows 10 tablet/laptop and he began to write his report in Word. He was very particular because he had a message he wanted to convey.

Check out his report below. It’s all about what he likes best about Winter/Snow.

I’m Emmett Gorski, and I’m going to tell you three things I like to do in the winter. For starters, I love to have snowball fights where ever I am. Also, I like to shovel the snow when it’s deep. The one I love the most is Christmas. So that’s about it. What are your three favorite things about winter?
By Emmett John Gorski to Mrs. Xxxxxxxx

These are 100% his words. He used Grammarly to proof it when he was done. He carefully evaluated the suggestions and decided what he would change and what he wanted to leave the same. What’s really cool is that with each correction, he learned why it needed to be corrected and he loved it.

I guess that they will be putting a large focus on typing and using computers as the school years progresses, so he’ll be doing this more often. Thank God he liked it.

I’m so proud of him and I adore the way he finished the paragraph by flipping it around on his teacher…. ☺

Your “good” was more like awesome! Good days are so sweet. Great job on the report, Emmitt!

Your “good” was more like awesome! Good days are so sweet. Great job on the report, Emmitt!