#Autism Parents MUST be able to adapt -

How we help our kids with #Autism adapt to change

I think I’ve earned an Okay-ish Dad award after today :)

#Autism Parents MUST be able to adapt


Remember when I talked about having to adjust and adapt? The hits just keep coming today and not the good kind.

When we last spoke, I was waiting for the kids to get dismissed from school and I was trying to figure out how to tell them that their plans have changed for tonight. Turns out, they took that pretty well, and that’s a good thing.

Unfortunately, Elliott came home from school sick or at the very least, not feeling well.

He was walked out to the car early because his stomach was upset and they didn’t want to make him wait.

Apparently there’s something going around the school and we happen to be the proud new recipients of whatever the fuck that is. Elliott says that many of the kids in his class had a cough and of course, Elliott has that now as well. 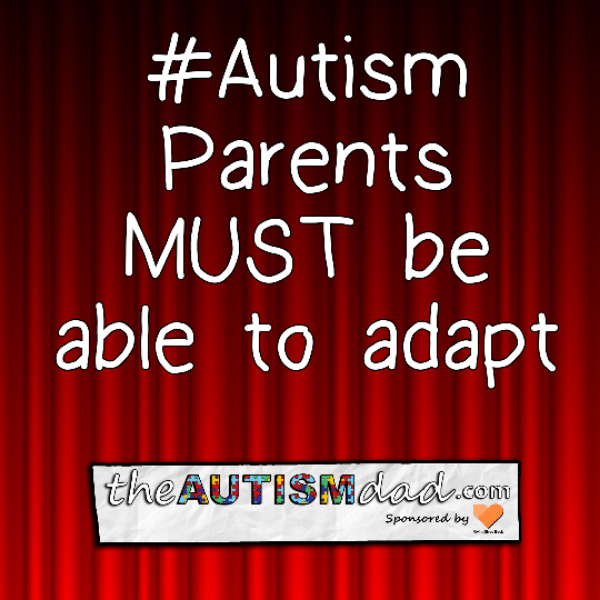 On the plus side, he’s no longer feeling nauseous. He may have been stressed out or worried and that’s what was behind the stomach thing.

Hopefully, we don’t end up with any pukers..
I get so paranoid when someone in our house pukes. I hate puking and it’s been a very, very long time since I’ve puked, because I go to great lengths to lay as still as I can and just waiting it out. Even if it takes twice as long to feel better, I’m committed to not puking.

Anyway, Elliott’s been coughing, it looks as though this is an upper respiratory thing.

My hope is that this to will pass tonight and he’ll feel better in the morning but only time will tell. Until then, we just have to continue adapting.