Positive changes in my body since stopping #Paxil

Positive changes in my body since stopping #Paxil


We just got back from this afternoon’s appointments and it’s been a super long day so far but I’ve made it this long. ☺

It occurred to me that I’ve talked in detail about the side effects from Paxil withdrawal that I’ve been dealing with but not the positive changes in my body since discontinuing the antidepressant.

I’m not as miserable as I have been and I just feel rundown, which I suppose is normal for someone living a life like mine. I don’t think it’s necessarily an unhealthy rundown but more the feeling drained, stressed out and overwhelmed kinda rundown. 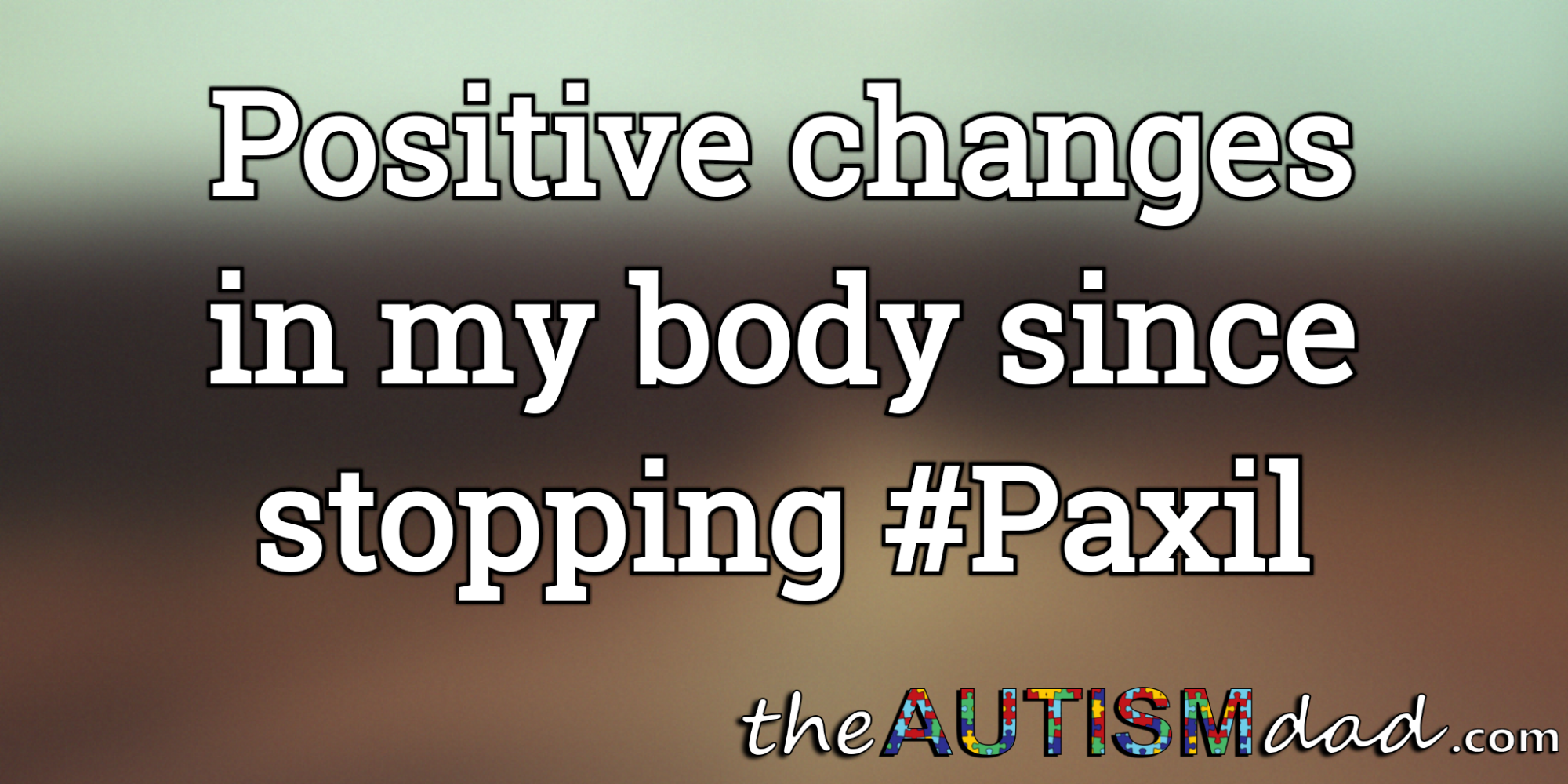 This whole Paxil thing has kicked my ass but it’s getting better and as I mentioned on Twitter the other day, my overall vitals are back within normal range.

While I was on Paxil, my resting heart rate was in the high 80’s on a good day and while that’s not really terrible, it wasn’t normal for me. I’m back into the 70’s and with weightloss/exercise, I hope to see that number get even lower.

I was sweating for no reason before and that’s bothered me for a long time. That’s a known side effect of Paxil as well as being overweight. Apparently, it more about the Paxil cause that problem is gone.

I’m never going to have award winning sleep because being an Autism parent doesn’t often allow for that. I will say however, that between the Paxil being gone, using my Fisher Wallace Stimulator and sleeping on my new mattress, the quality of the sleep I do get is much better.

I can wake up and feel somewhat rested, where as before, it felt like I never slept.

The Paxil impacted my sleep in weird ways. I would have a hard time falling asleep and if/when I did, I would have very vivid dreams that weren’t necessarily pleasant but weren’t nightmares either. Like I said, weird.

I don’t enjoy the lingering nausea but I don’t regret coming off the Paxil for second.

At the moment, my back is out but when I get back on my feet, I look forward to increasing my exercise, tweaking my diet and focusing on weightloss…