A real life example of why #Autism Parenting is so challenging

I’m hoping for a good day all around

A real life example of why #Autism Parenting is so challenging


Throughout the school year, we’ve had some concerns with certain teachers. It’s not that they’re doing something that was clearly wrong but rather we disagreed with their approach to dealing with kids on the Autism Spectrum.

Recently, Elliott has been emotionally distraught over things he said were happening in the classroom. These things ranged from being singled out in front of the class, being questioned about his medications and being shamed over his struggles with homework. Whenever we’ve approached the teachers about this, Elliott says he would be confronted the next day by his teachers and he was terrified.

When this came to our attention last week (Thursday), my initial reaction is one of being pissed off and wanting blood. He’s one of my babies and I’m a papa bear.

The next day, Elliott and I sat down with the principal and explained what has been going on. I posted about this at the time but didn’t go into detail because nothing had been resolved and it was an ongoing issue I wasn’t ready to talk about. 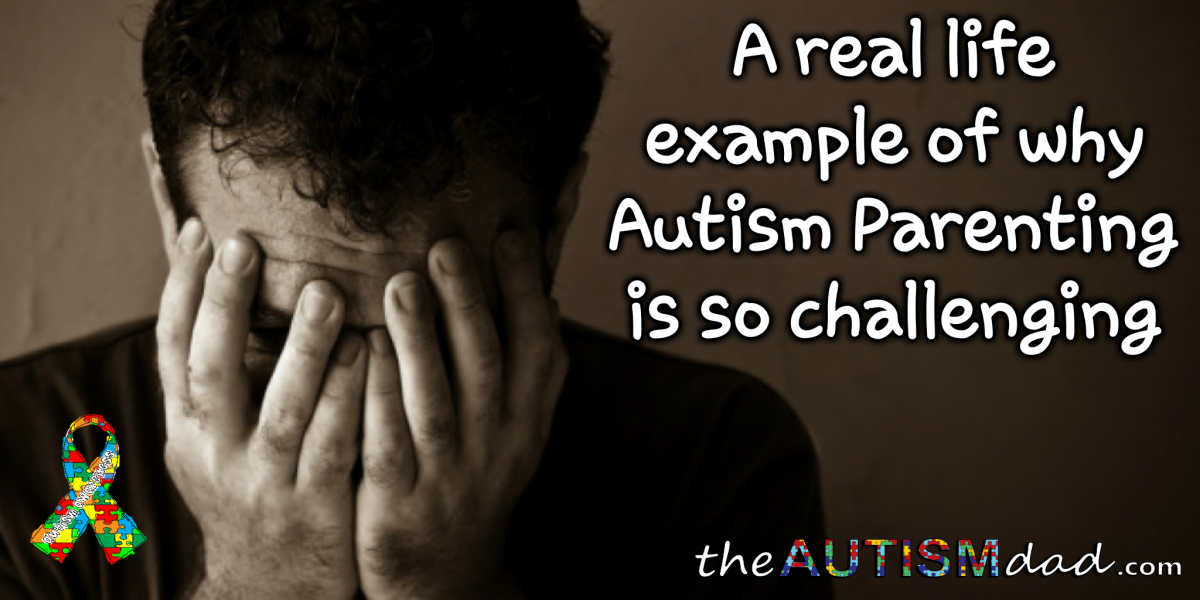 We avoided the teacher because if he was getting blowback, it would just happen again and it seemed kinda stupid to perpetuate the same cycle.

Monday morning rolls around and I’m not in a good place because I’m still a mess from the Paxil issues. Keeping that in mind, I received a message from this teacher via Class Dojo and it didn’t go over well with me. I was livid and based on what was said in the message, I was worried that Elliott was not okay because she had confronted him about meeting with the principal.

It was about 10 AM and I grabbed my keys and was out the door and on the way to the school.

I sat down with the principal, read the message to him and told him I don’t ever remember being this pissed off at a teacher in my entire life. He immediately called the teacher to the office so the three of us can figure out what was going on.

It took everything I had to remain calm, and I did remain calm. As much as I wanted to just unleash my thoughts, I also knew that it’s important to hear both sides of the story before reacting. It’s easier said than done but it’s important nonetheless.

With that in mind, I contained my feelings and managed to eek out an adult conversation. Believe me when I say this, in my current state, that was quite an accomplishment.

I am going to ask a question that you may not want to hear (but when has that ever stopped me, lol?)- anyway, here goes: when do you get to the point where you give the teacher (read: adult) the benefit of the doubt in these situations? I understand that Elliott’s perception of the situation is skewed, but that tends to be the case with lots of kids. I’m sure a lot of it is related to autism but I think the other part is just the fact that he’s a kid and doesn’t have 35 years of experience in deciphering situations under his belt. He said he was being ‘confronted’ and you charged in to save the day, going straight to the principal to get him/her to handle the teacher, only to find out that this teacher (who you said had no business teaching special needs kids) hadn’t actually done anything wrong. Related to that thought process, is it really wise to let a 12 year old call the shots? You are letting him make the rules which is something you have a tendency to do with both boys at times. The most memorable time was when it came to Elliott and his homework but it seems to happen more than you might realize. I hope you don’t take any of this as judgment because it’s not meant to be- I am genuinely curious about this.

Hmmm, wouldn’t pulling him out in the hallway cause more attention though? I mean when a classroom door opens everyone looks up, where as if the teacher calls him to her/his desk it could simply be them asking a work question.

You missed the point. I knew someone was going to say something about that.. ☺

The point is that he’s doesn’t like going in front of the class. He has stated that he’d prefer to be called out to the hallway because it’d more private.

The classroom doors are generally open and this is a class of special needs kids. They’re not necessarily paying attention to things like that. They aren’t paying attention when Elliott was pulled aside either. This is about address his perception and his needs. It doesn’t have to make sense to me or anyone else, as long as he’s more comfortable with it. ☺

OH yeah I guess I did, I was thinking about it from the standpoint of what would be less distracting. #Learningmoment